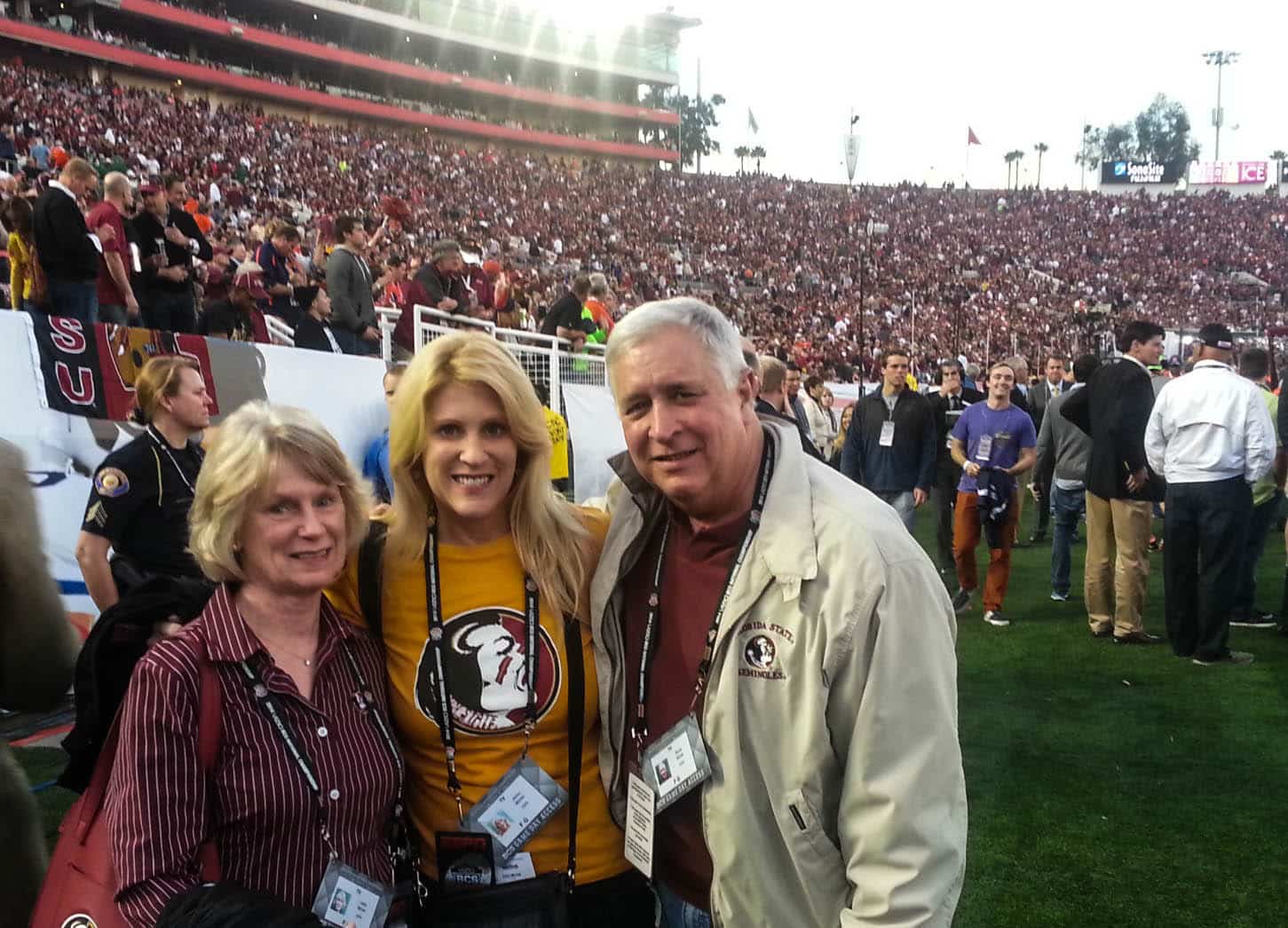 It’s that time of year again! The college football season has come to an end and I’m ready to set off on my 9th annual round the world trip.

Originally, I had planned to kick-off Round the World #9 in the Caribbean with a few days in the Cayman Islands just after the New Year. However, my favorite team (the Florida State University Seminoles) threw me a delightful curve ball by going undefeated this season and making it to the National Championship game for the first time in 14 years.

Since my Dad and I both went to FSU, we couldn’t pass up a chance to attend the game in Pasadena, California on January 6th. So I scrapped my Caribbean plans and squeezed in a 3-day trip to California with my parents to see the game. I figure you can go to the Caribbean anytime…but how often do you get the opportunity to see your team win a National Championship?

And luckily, they won last night making the entire trip worthwhile. Unfortunately, not only did I miss out on a stop in the Caymans, there was no way to push back the flight to my 2nd stop – Cape Town, South Africa – because I was super lucky to get the flights in the first place.

So, after getting back from the game after midnight last night, I took a 6am flight back to Atlanta this morning, spent a few precious hours at home frantically packing before heading back to the airport tonight for the first of two redeyes to get me to South Africa.

But, cry me a river, right? I may be tired but I’m about to head around the world for six weeks! So, let’s get on to the important stuff…like where I’ll be taking you all with me (virtually, that is) for the next month or so.

I think perhaps ESPN sent me to too many bitter cold college towns this football season because all I could think about while planning RTW #9 was getting to a tropical island somewhere. So that’s pretty much what I’ll be doing for most of the second half of the trip. Here’s what the entire itinerary looks like as of departure day today:

I can’t wait to get this year’s adventure underway…artfully dancing around the globe avoiding all traces of a North American winter is my favorite passtime (winter is highly overrated).

Sand and sunshine, here I come! But first, I’m hoping for a little sleep on tonight’s flight to Paris and looking forward to spending the day tomorrow enjoying one of my favorite cities in the world on a 12-hour layover in the City of Lights.