RTW #2: From the Thin Air up There to the Wonders Down Under

Home » RTW #2: From the Thin Air up There to the Wonders Down Under

Just Me in Fiji 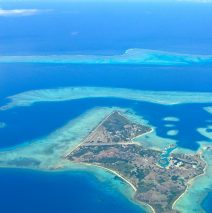 When the wake-up call came at 3:45am, I was not happy. But, I quickly remembered that I was getting up at that ungodly hour to catch a flight to Fiji and somehow that made it inherently more bearable.

The flight from Auckland to Nadi Fiji was a short 3 hours (at this point in the trip that seems short) and when we flew in over the crystal blue waters of the barrier reefs surrounding Fiji, I began to fully appreciate the brilliance of making this my last stop.

I had originally decided to skip Fiji after finding that the hotel prices were upwards of $400 a night for the places I wanted to stay. However, in early December, the tiny island nation of Fiji made international news when its government was overthrown in a military coup. Tourists were evacuated off the islands and the tourism industry took a major hit.

Now, I realize most people would avoid a destination for a while after this type of event, but to me it just reeked of opportunity. 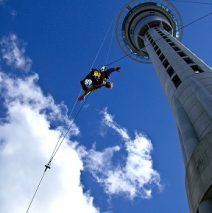 After arriving late the night before after our drive across the north island from Wellington, the next day started earlier for me than for my friend and Kiwi-travel-buddy, Kay. I had to get up to return the rental car before 8:30am about a mile from the hotel.

When I got back to the Hilton, I stopped at the concierge desk to inquire about our time to do the Auckland Harbour Bridge Climb. On the way back from dinner the night before we had asked about it but it was too late for the concierge to call and get us a reservation so we had to wait until morning. As you may remember, in Sydney I really wanted to do the Harbour Bridge Climb but it was sold out every day I was there (thanks to the Australia Day holiday).

In reading about Auckland, Kay and I discovered that Auckland offers a similar experience on their Harbour Bridge and we were both excited about doing that.

Luckily, the concierge was able to get us a reservation for 11:30am that day so I went back up to the room to wake Kay up and tell her we had an appointment with a bridge. The company that does the bridge climb also offers bungy jumping off the Harbour Bridge, we decided to skip that. I still don’t understand why anyone would jump off of a perfectly good bridge. Fortunately, Kay and I were both on the same page regarding bungy jumping – definitely not for us.

New Zealand: Adventures from the Bottom of the World 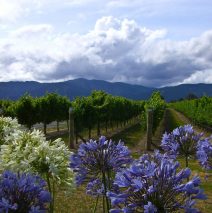 My flight from Sydney to Wellington on Air New Zealand was great, even in coach. I landed around 11:30pm and grabbed a cab to the hotel where my friend Kay had gotten us a room. Kay and I both work for ESPN and she had been in Melbourne, Australia for the past 2 weeks covering the Australian Open. When we realized a few months ago that we were going to be in the same part of the world, we decided to join forces and travel together for a week!

We had been communicating via e-mail for the past few weeks while she was in Melbourne and I was everywhere, trying to figure out where we wanted to go in New Zealand and what we wanted to do. We knew we wanted to spend a few days in Auckland and I was able to score us a room at the Hilton Auckland with my Hilton points.

Since I booked that room, I left it up to Kay to book the room for our two nights in Wellington. She decided on the lovely Mercure Wellington and I arrived just after midnight.

The one thing I definitely wanted to do was check out the New Zealand wine country, specifically the Marlborough region where they make the Sauvignon Blancs that are my absolute favorite. Wellington is the nearest city to that region so we decided to make that our home base for two nights and then drive the length of the North Island up to Auckland taking in the sights along the way. 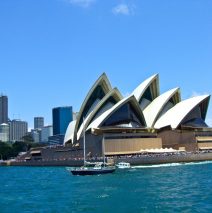 I’m happy to report that by the time I got from Shanghai to Seoul I was feeling much better. On my flight from Seoul to Sydney, the girl sitting next to me was from Atlanta. In fact, she just bought a house in Vinings – about 3 miles from mine…small world! Her name was Katie and she was on her way to Melbourne to meet her brother at the Australian Open. They were planning to spend a few days in Sydney on the way back and she told me about the Sydney Harbor Bridge Climb they were planning to do. Apparently, they have recently started doing guided climbs up the Harbour Bridge. It’s fairly expensive and though I was skeptical about whether it was something I wanted to do, Katie convinced me that it was a must-do while in Sydney so I checked it out when I got to the hotel. She was obviously right about its popularity because when the concierge called to book it for me, it was completely booked up for all 3 days of my stay. Oh well. (Katie – just for the record, I tried!)  I guess the next time I come back to Sydney I’ll have to book it in advance. 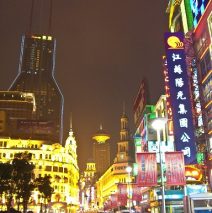 I should start by warning you that this entry will not be particularly exciting. On the overnight flight from Bangkok to Seoul, I started to feel like I was coming down with a cold. By the time I landed the next morning in China, I was definitely feeling lousy. Now, China is not the best place to land when you’re sick as you have to fill out a heath card upon landing so they can establish that you don’t have the bird flu. Fortunately, I was pretty sure I didn’t have a fever (they can quarantine you at the airport if you do) so I lied my way through the health card and breezed through immigration and customs.

Next came the most exciting part of my stay in Shanghai, riding the “World’s Fastest Train” into town. Named after the “magnetic levitation” technology that it employs, Shanghai’s Maglev Train began full operation in March, 2004, covering the 20 miles from Pudong International Airport to the outskirts of the city in a blistering 7 minutes and 20 seconds and reaching a top speed of 270 miles per hour. Because the train is not attached to a track, when it glides around a curve it actually tilts like you were on a surfboard or something. Very much like a ride at Disney World and definitely a rush. 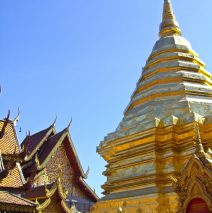 Paris in Transit – One last time

Back in Paris again after another lovely flight spent in the comfort of Air France’s new Business Class seat. This time I even had the seat next to me open – love it!  When I arrived in Paris this morning, I headed straight for the Air France Arrivals Lounge which features extremely convenient private shower rooms. After a hot shower and a change of clothes, I was ready to take the train into town and shop for a new camera. Thankfully, there were much better prices here than in Cape Town (scene of the camera-sand debacle). I actually managed to find the newer version of my current Casio Exilim for under $300 after the tax refund. The new camera is awesome and has even more cool features than my last one. So, brace yourself for some serious photo-taking.

After another lovely overnight experience on Air France, I landed in Bangkok with about 2 hours to spare before my Thai Air connection to Chiang Mai. Since my last trip to Thailand, Bangkok has opened a brand new airport – Suvarnabhumi International – and it is a huge improvement over the old airport. It’s much more in line with the other fabulous hi-tech Asian airports like Singapore, Hong Kong, Kuala Lumpur and Seoul.