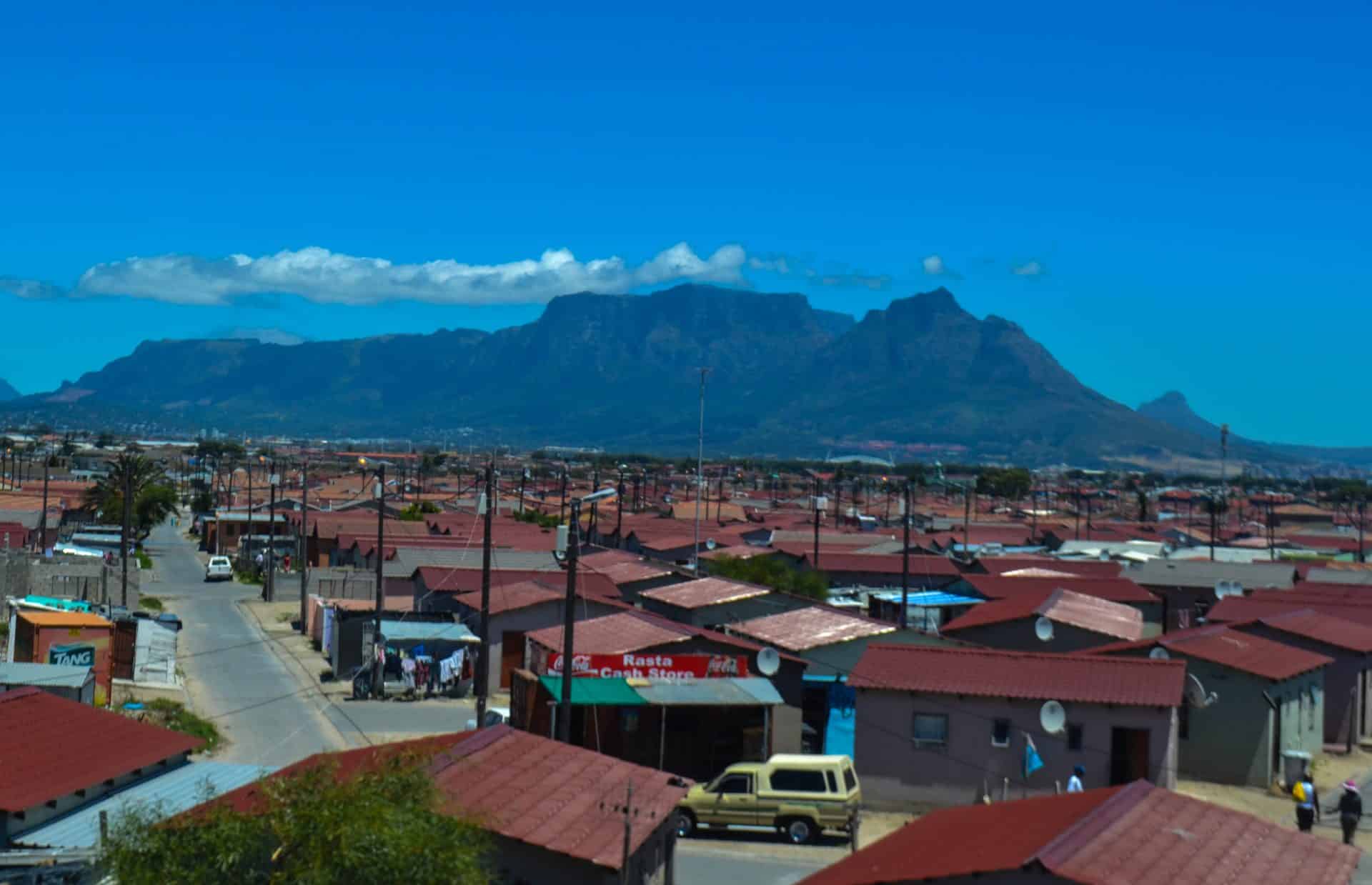 I’ve come to Cape Town primarily to board the cruise ship that will take me to Namibia. But first, I have two full days to reacquaint myself with one of my favorite cities in the world.

I arrived late last night from my last stop in Swaziland and checked into my favorite hotel in the city, the plush Westin Cape Town.

Read More: Off the Grid in the Kingdom of Swaziland

After a good night’s sleep, this morning I’m off to the Victoria & Alfred Waterfront area (an easy walk from the hotel) for lunch and a little shopping.

Today, the waterfront area is a hub of activity and a central gathering point for locals and visitors alike. Shops, restaurants and cafes line the water’s edge as sailboats, catamarans and schooners come and go.

There are also a number of educational and historic sites in the V&A area like the Old Port Captain’s Building, the Maritime Museum, the Two Oceans Aquarium and the Cape Town Diamond Museum.

Things to do in Cape Town

On my previous trips to Cape Town, I’ve tackled most of the usual tourist sites,

On Round the World #1, I hiked Table Mountain, visited Robben Island, and explored the beaches of Camps Bay and Clifton.

On Round the World #2, I took a day-trip safari from Cape Town and rented a car for a day to explore the Cape of Good Hope, Cape Point National Park, and visit the adorable penguins of Boulders Beach,

Read More: Back to Cape Town: Safaris, Penguins & the Cape of Good Hope

But there is one thing in Cape Town I haven’t done yet. And it’s perhaps the best way to truly understand Cape Town’s history. I haven’t visited the townships of Cape Town and that’s my primary goal for this trip.

Touring the Townships of Cape Town

Luckily, I’d gotten a tip on an excellent guide from a friend who visited South Africa last fall.

My guide for the day, Pierre, has been working with the township communities and bringing visitors into them for nearly twenty years. Pierre picks me up bright and early the next morning and suggests we make a stop in the Bo Kaap neighborhood first. It’s still la little early to wake up the folks in the townships.

South Africa’s rich blend of peoples and cultures dates back to the arrival of the Dutch in the mid-1600’s and prompted Archbishop Desmond Tutu to dub it the “Rainbow Nation.”

Some were employed by the Dutch East India Company while others came seeking new opportunities. Today, the influx of immigrants continues with people coming from Europe, Asia, and Africa.

Their combined cultural influence is the heart of the Cape Town experience.

Nowhere is that blended culture more prominent than the Bo Kaap neighborhood. It’s one of Cape Town’s oldest residential areas and home to a variety of ethnicities and religions. But it is perhaps most closely tied to the Cape’s Muslim community.

Also known as the Malay Quarter, the Bo Kaap is lined with brightly-colored homes along cobbled streets. Pierre explains that for the early settlers here, paint was expensive but the workers could take home leftover paint from their employers. This led to the rainbow variety of colors used on each home.

After a quick stroll around the Bo Kaap, we continue on to our main destination for the day, the suburban townships of Cape Town.

But first, a little history is in order…

The History of Apartheid

In 1948, decades of strengthening nationalism by the minority white Afrikaner population culminated in the election of the National Party (NP) on a platform of establishing apartheid (literally, the state of being apart).

Every individual was classified by race. The Group Areas Act enforced the physical separation of residential areas. The South African townships and the Cape Flats were consolidated to form areas to which the non-white residents of the city and its suburbs were forcibly relocated.

“Pass Laws” required blacks to carry identity documents at all times and prohibited them from remaining outside the townships after appointed curfews.

After decades of darkness, conflict, and international condemnation, the election of FW de Klerk in 1989 was the beginning of the end of apartheid. De Klerk repealed discriminatory laws and set political prisoners, including Nelson Mandela, free.

A new constitution was written, a transitional multi-racial government formed and an election date set. In 1994, the new South African flag was raised and the country’s first democratic elections brought the inauguration of Nelson Mandela as the newly-reconciled South Africa’s first president.

A legacy of apartheid, the townships of Cape Town were built to house migrant laborers. Though much poverty still exists in the townships, they are also strongholds of local community ties. So much so, that even some who can afford to move out choose not to, preferring to stay close to their community.

As Cape Town’s oldest township, Langa was a center of resistance during Apartheid.

Today, the old migrant mineworkers’ accommodation is still used and street food stalls sell everything from fresh fruit to “smileys” – severed sheep heads – along the roadside.

Our first stop in Langa is an unexpected one…a real-life “Medicine Man.”

Ndaba, as the locals know him, tackles a variety of health and wellness issues ranging from stomach aches to infertility. His aromatic tonics and elixirs include animal fats, oils, and skins from all corners of the animal kingdom.

Pierre clears my entry with his receptionist (i.e. a guy sitting on a stool outside) and I duck to enter his “office” by delicately parting a sea of hanging animal skins and bones. Ndaba offers me a seat and begins to explain who comes to see him and why.

Then he shows me some of the animal skins and vials of oils that he uses to heal them. Needless to say, it’s a fascinating start to the day!

A new life for shipping containers

As we drive through Langa, I’m amazed at the buzz of activity on the streets. Most businesses operate out of recycled shipping containers. Shipping containers, as it turns out, have a life cycle of just 15 years and in retirement have seen a second life in the townships as a shelter for both homes and businesses.

The variety of businesses includes a disproportionate number of hair salons and Pierre explains that the residents of the townships are serious about their hair.

Our second township, Guguletu, is the highlight of my day.

We drive straight into one of the squatter camps surrounding the township and park in front of a tiny, single-room structure painted bright yellow with colorful drawings on the walls. It’s a ray of sunshine in an otherwise dilapidated neighborhood. And not just on the outside.

A pre-school visit in Guguletu

As we enter the gate to the small yard, Pierre explains that he helps to fund this pre-school. Mostly through donations from the visitors he’s brought into the townships over the years. Many of those visitors want to help after they spend time inside the community.

The school was only recently completed and Pierre stops by not just for me but also to check on the remaining construction work that still needs to be completed.

Pierre is greeted like a member of the family when we arrive, both by the children and the adults. A dozen children ranging in age from 2 – 6 are so excited to see us and especially to see my camera.

Since Pierre funds the school, the children have obviously seen tourists before. And they know that if I take their picture they’ll be able to see their image on my camera’s display. And that’s just what they want to do.

As Pierre chats with the school’s manager outside, the children pose for picture after picture. After each one, they huddle around me eagerly to see the image.

It reminds me fondly of another fun family photoshoot I did while visiting the San Blas Islands a few years ago.

They probably would have continued the fun all day (me too!). But after a while we let them get back to their schoolwork and Pierre and I continue on.

A home visit in Guguletu

From the pre-school, we set off on foot through the narrow, dusty alleys of Guguletu. Pierre wants to check in on a friend of his named Cynthia. Her granddaughter was supposed to be at the pre-school and he is concerned that she wasn’t.

On the walk to her home, Pierre explains that Cynthia is HIV positive and earns a living making craft items (mostly handbags & hats) out of discarded plastic grocery bags.

We arrive at Cynthia’s small but lovingly decorated home and she greets us both warmly. Pierre asks why her granddaughter wasn’t at the pre-school today. It turns out Cynthia didn’t have the money to purchase the school uniform she thought was needed.

Pierre quickly assures her that the uniform is included in the price that he paid for her to attend the school. And Cynthia, obviously relieved, promises to take her to school tomorrow.

With that out of the way, the subject turns to Cynthia’s crafts. I ask if I can take a look at what she makes and she returns moments later with a hefty-bag sized load of assorted items. She begins removing them one by one and laying them out on her sofa for me to see.

I can’t believe they are actually made from discarded plastic bags. It’s remarkable how beautiful they are! I ask how long it takes her to do each piece and she says it varies from a few hours to a day or more.

As beautiful as they are, I can’t imagine what I would do with one. However, I can’t bear the thought of being welcomed into her home and not buying something. So I pick my favorite and pay her (very reasonable) asking price before we say goodbye.

From Cynthia’s house, we make our way back to the pre-school and Pierre’s car. On the way back to the highway Pierre drives me around the perimeter of some of the most dangerous township areas. These parts of the townships are plagued by drugs and gang problems.

Leaving the townships of Cape Town

Once back on the highway, in just a few minutes we’re back among the gleaming hotels and office buildings of downtown Cape Town.

It seems a world away from where we’ve just been and I find that difficult to reconcile. But I’m so glad to have seen the other side of the city. I think it is essential to understanding South Africa as a nation.

While South Africa’s tourism reputation often struggles with an image of questionable safety in some areas, perspective is important.

It’s not often as a traveler that you get the opportunity to visit a nation that is literally re-inventing itself after experiencing such profound change. And while the cultural lessons of South Africa are complex, it’s impossible to ignore the stunning natural beauty of the scenic backdrop that frames it.

I truly love this city and I hope to return again and again. But tomorrow, it’s time to sail off to Namibia. And after that, I’m headed to Durban and Lesotho.