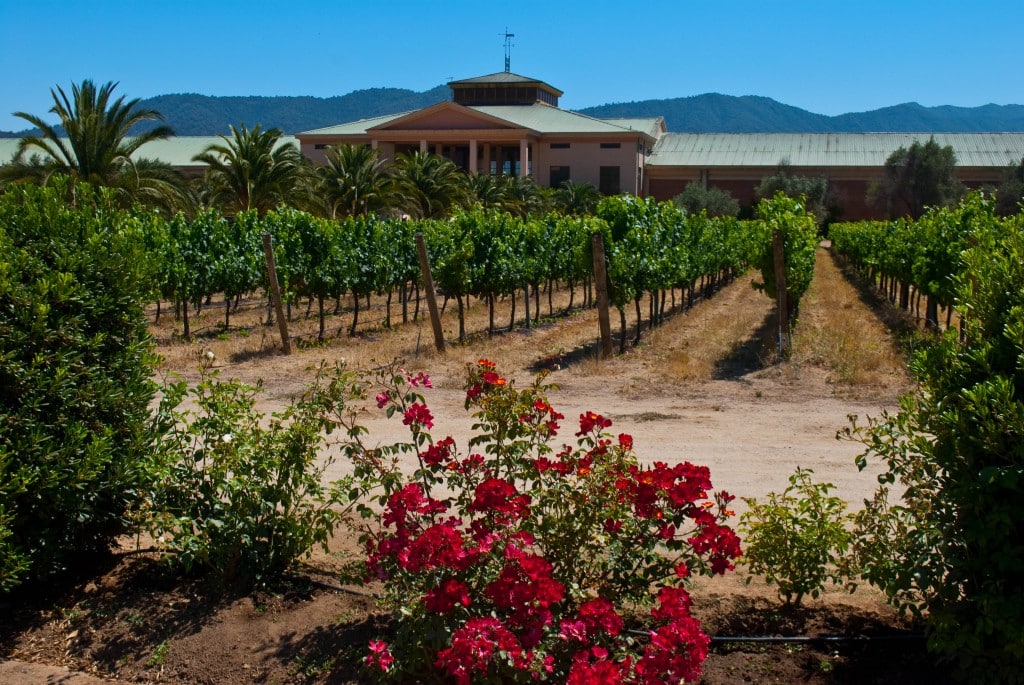 I can hardly believe I’m about to embark on my 6th annual Round-the-World adventure. It seems like only yesterday I was planning that first “once-in-a-lifetime” RTW trip. Little did I know it would turn into an annual obsession.

This years’ trip is my longest yet at just under 6 weeks. If I don’t start scaling these back I may have to consider changing the name of the website!

RTW 6 will see returns to some of my favorite places from previous trips (Bangkok, Auckland, Moorea & Cabo) as well as a number of new destinations I’m extremely excited about (Chile, Laos, Palau, the Cook Islands, Borneo and others). As always, your comments and advice are welcome and encouraged…so let’s hit the road!

Well, if getting there’s half the fun, then I had tons of fun getting to Santiago on Sunday night.

With the impending doom of a major “winter weather event” looming in Atlanta, there was a strong possibility my original flight would be canceled on Monday night (it later was). Atlanta does not “do” snow.

So on Sunday morning, as the forecast became increasingly dire with each passing hour, I called Delta to see about switching to that night’s flight and getting out of Dodge a day early.

Amazingly, there were a handful of seats and I was able to snag one. It was definitely a risk since I was playing the odds that the Sunday night flight (scheduled for 8:35pm) would make it out before the storm forced cancellations.

I packed for 6 weeks in the time I usually spend packing for a weekend and headed to the airport feeling lucky.

It turned out to be a good gamble. Just as we began the boarding process, the snow storm began in earnest outside our windows. Snowplows quickly began clearing paths to the runways and it wasn’t long before there were Michigan-sized piles of snow everywhere.

I’d never seen Atlanta’s Hartsfield Airport like this before. But despite sitting on the tarmac for over 3 hours in line for one of Atlanta’s two de-icing trucks (pause for laughter from everyone in the Northeast), we finally made it to a runway and took off – one of the last flights to do so that night.

As we lifted off the snowy runway, I breathed my first sigh of relief. Not only would RTW #6 actually begin, I would now be getting an extra day in Chile. Hooray!

Surrounded on three sides by virtually impassable barriers, Chile’s rich central valley remained largely unknown to the outside world until the middle of the fifteenth century, when the Incas began their great conquests of much of the continent.

In 1817, Chile gained its independence from Spain bringing into place a system of representative democracy. Though the country’s political history has not always been smooth – most notably during the Pinochet era – its steady economic growth has transformed the capitol of Santiago into one of Latin America’s most modern metropolitan areas.

I arrived at the magnificent San Cristobal Tower hotel in Santiago on Monday morning excited about having an extra day to experience this diverse city. After settling in and a quick chat with the concierge, I set out on foot to explore.

I love the feeling of walking around a new international city and seeing the people, the shops, the streets, the lifestyle, etc. for the first time. It’s a thrill I never tire of.

My first stop was the nearby artsy neighborhood of Providencia. I spent the afternoon enjoying the streets of downtown Santiago, including a visit to the Plaza de Armas and climbing the many stairs up to Santa Lucia Hill for an awe-inspiring view of the city.

A change of plans

By the start of Day 2, I had decided that – though I loved Santiago – a second day would be enough to see everything on my list. I really wanted to spend my extra time in the wine country and on the coast.

On a whim, I canceled my room in Santiago for the next night and booked a rental car and a new room in Vina del Mar, one of Chile’s most famous resort towns.

That day, I wrapped up my tour of Santiago with a funicular ride up to the peak of Cerro San Cristobal (the second highest peak in the city) to see the Virgin Mary statue that – like the Christ the redeemer statue in Rio – overlooks all of Santiago.

It was a beautifully clear day and the view of the city and the surrounding mountain ranges was divine.

The next day I awoke early and grabbed a taxi to the airport to pick up my rental car. There is nothing quite like the freedom of having your own wheels in a foreign country…I just adore it. The drive to the oceanfront towns of Vina del Mar and Valparaiso would take about an hour, but on the way I would be making a few stops in Chile’s renowned Casablanca wine region.

First planted in the mid-1980’s, the relatively new valley of Casablanca has become one of Chile’s most successful wine-producing regions and is known for some of the country’s outstanding white wines.  Taking advantage of the influence of the cool coastal breezes, it specializes in Sauvignon Blanc (my favorite), Chardonnay and also the red Pinot Noir.

Just 30 minutes from the airport, I reached the sprawling vineyards of Veramonte – one of Chile’s most well-known worldwide. The tasting selections were excellent, but I especially enjoyed the beauty of the expansive vineyard as I wandered completely unsupervised around it.

What a treat! I continued on through the valley making a few other stops but none that surpassed the beauty of the Chilean countryside at Veramonte.

By early afternoon I had reached my destination, the Sheraton Miramar in Vina del Mar. Perched right on the coast and practically over the sea, the hotel had an exquisite panoramic view of Vina and nearby Valparaiso.

Known as the “Garden City”, Vina del Mar is one of the most developed and visited cities in the country. And since I was envisioning a sleepy little beach town, it was much larger than I anticipated.

Located on the coast about 120 km from Santiago, it has excellent beaches, an outstanding tourist infrastructure, active cultural and social life and a thriving business community.

The nearby World Heritage site of Valparaiso is a city filled with both history and nostalgia. Before the completion of the Panama Canal, it was once the most important port in the area, called the “Pearl of the Pacific”.

Today, its famous hills, dotted with elevators and homes, are being painstakingly restored to their original beauty. Valparaiso is a cultural center in its own right and a favorite artists’ residence with a growing restaurant and music scene.

I spent the afternoon wandering the colorful streets of Valparaiso and with my toes in the sand on the beaches of Vina del Mar.

That evening I watched the sunset from my balcony on my last night in Chile and decided that spending a night on the coast was the second best idea I’d had all week…getting out of Atlanta a day early was the first.

Especially considering my friends and family in Atlanta have been snowed in for almost a week. Hope things return to normal soon guys, what a mess!