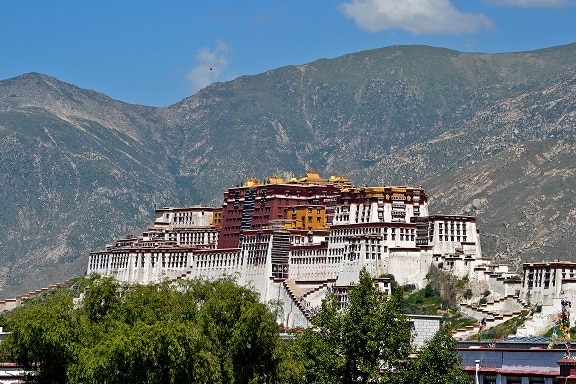 It’s that time of year again!

My summer event schedule is finally over and it’s time for a little global R & R before I kick off football season at the end of August.

By now you might be thinking, “Jenny’s been uncharacteristically mum about her summer travel plans thus far.” And you’re right! I have been. But in my defense, I do have a good reason.

As many of you know, to complement my annual January Round-the-World adventures, several years ago I began a mid-year summer edition to explore a particular region of the world.

Last year I dodged mosquitoes and nuzzled dolphins in Central America. And the summer before I enjoyed a little Mediterranean island hopping and unintentionally parted ways with my cell phone on a Croatian ferry while traveling around the Balkans.

So where am I headed this summer?

Truth be told, due to a last-minute visa/entry permit debacle, I still don’t have the final itinerary entirely worked out (an insomnia-inducing problem considering I am departing the US for a month today!).

Long and dreadfully-boring-story short, I had planned to visit Lhasa, Tibet as part of an exotic trip around the Himalayas but, due to a veritable comedy of errors which I shall not comment about in polite company, we were unable to obtain our essential Tibet Entry Permits in time for our scheduled arrival there next week.

So, in the past 48 hours, we’ve had to cancel our original flights to Tibet and add an unplanned stopover in Chengdu, China, and an extra night in Kathmandu, Nepal. I haven’t totally given up hope on re-scheduling Tibet for later in the trip, but it’s not looking especially promising at the moment.

On a brighter note…

This summer I’ll again be joined by my dear friend and fellow globetrotter, Shannon, for the first half of the trip.

We are definitely disappointed about the aborted Tibet trip but we will embrace our new stop in Chengdu with our usual stylish gusto and unbridled enthusiasm (hello, Chengdu Panda Research Base!).

Week 3, my Aussie pal Angela (of Antarctica cruise ship fame) will be joining me in Bangkok and we’ll jetset over to Myanmar and attempt to set the land speed record for most temples visited in a 6-day, 3 city journey through a country that has only recently opened its doors to the world.

Though the Himalayan region of Asia is definitely the central focus of this year’s trip, I decided it would be a crying shame to be “in the neighborhood” and not spend some quality time in my beloved Thailand. So, with that said, here’s the month-long itinerary as it stands now:

I’m looking forward to a month filled with high-altitude hiking and temple-hopping in the Himalayas rounded out with some quality Thai beach time.

We’ll be visiting sky-high destinations where oxygen is at a premium and playing dodge ball with Southeast Asia’s monsoon season but I’m excited to get this summer party started. I’m expecting nothing less than the most awesome of Asia adventures on “Round the World 8 1/2 – The Himalayas Edition.“