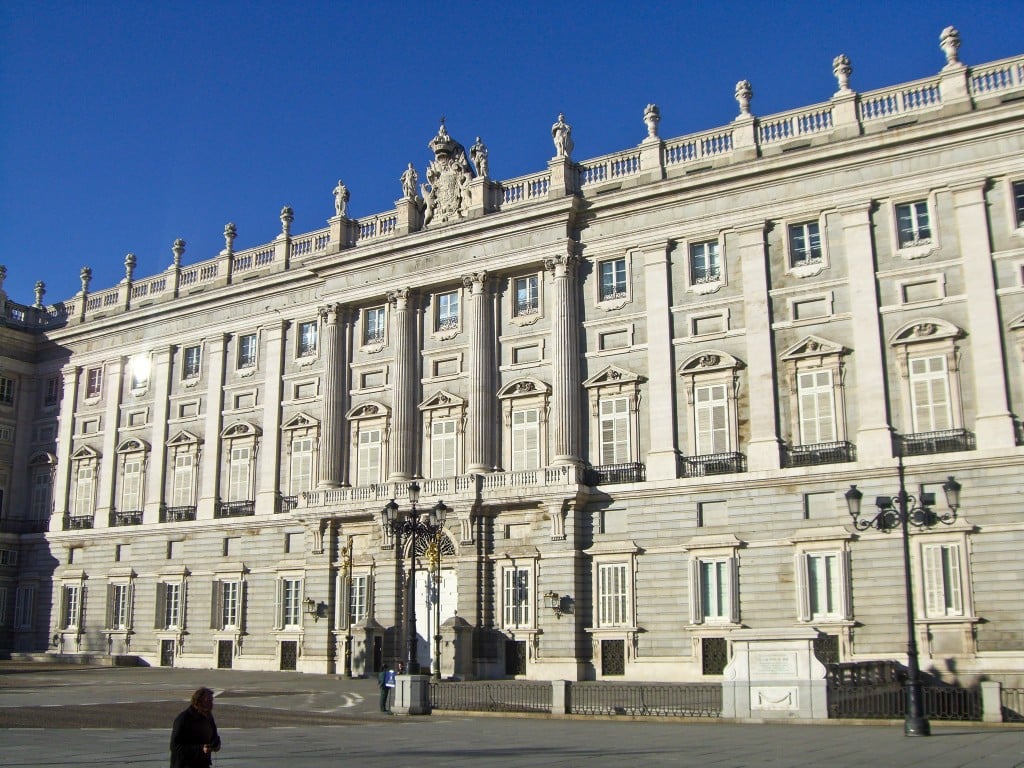 Well, my trip from Casablanca to Madrid Spain turned out to be a little more exciting than it should have been.

I briefly debated whether to share this little nugget with you all but I figured I’m quick to tell the stories when I do something smart so I guess I should fess up when I do something stupid. (Those of you who think I never screw up with travel planning will get a kick out of this one.)

I booked the flight from Casablanca to Madrid with European discounter Easyjet. I had heard a lot of good things about Easyjet but never flown them before so I was looking forward to trying it out.

And the best part (aside from the fact that they actually had a direct flight to Madrid from Casa) was that the entire flight cost $42 (including the $8 I paid to get something called “Speedy Boarding” which lets you board first – there are no seat assignments on this airline).

And I must say, I was quite proud of myself for being so “budget-conscious”.

And that was the end of my brilliance…

I planned to arrive at the airport 1 ½ hours before my flight since I wasn’t sure how long the check-in line would be. However, I was held up at the hotel waiting for a fax to the Vietnamese consulate to go through (still trying to get my Vietnam visa worked out for later in the trip) and got a late start.

But I still arrived at the airport with an hour to spare before departure. The line to check in was short so I was relieved, however, when it was my turn at the counter, the agent couldn’t find my reservation. She was mystified as she looked at my confirmation letter, and so was I…until I looked down at the letter upside down as she was reading it and noticed the month on the date clearly said FEBRUARY (not January, the current month).

She never did notice it but I was on the verge of panic now as she sent me over to the ticket office to see if they could find my reservation. How the heck did I manage to book the wrong date on this flight?? Well actually, in my defense, the date of the 28th was correct, I was just a smidge off on the month.

When I got to the ticket office I fessed up immediately and told the agent that I had booked the flight for the wrong date but really needed to get on the flight today and asked if there were any way she could change the ticket. I lucked out in that there were still a couple of seats left on the flight but she frowned and told me it would be really expensive.

I was totally at her mercy at this point since spending another night in Casa would have thrown off my entire itinerary and cost me lots of money down the road. The agent finally said that it would be 149 to change to today’s flight, which was a huge relief because at first I thought she meant 149 dirhams (which would have been about $17).

But it turns out when I looked at the receipt after I quickly paid it that she meant 149 euro (about $200 thanks to the current crappy exchange rate).

Still, a bargain at twice the price. Imagine how much this mistake could have cost on one of the major airlines?? A same-day ticket? Probably thousands. I really, really lucked out that I made this mistake with an Easyjet flight.

I had to rush back to check-in and then get through passport control and security but I made the flight just as it was starting to board. Whew!

And the flight turned out to be really great.

Since the tickets are so cheap (well, mine wasn’t), you pay for food and drinks in-flight. But they have a great selection to choose from and I had a yummy sandwich and a Diet Coke for 7 euro. It was actually nice to be able to choose what you wanted to eat on a flight, I didn’t even mind paying. I was just so happy to have made it on the flight at all.

Honestly, it’s a miracle something like this hasn’t happened on the previous two trips. There are so many hotels, flights, trains, etc that I book that sometimes they all start to run together (not to mention that I booked this entire trip in 3 days).

I had recurring nightmares on my first trip that I was going to get to a hotel in the middle of nowhere and find out I had booked the room for the wrong night.

So, I guess I was due. But you can be sure I’ve re-checked the rest of my travel details in the last 24 hours.

We landed in Madrid around dusk and by the time I navigated my way on the train to the hotel it was about 7pm.

The hotel was nice (one I actually found through a Travel Channel show about Madrid), in a great location right off the Puerta del Sol and fairly cheap – 78 euro for the night.

After I checked in, I headed out into the cold night in search of a good tapas restaurant and a glass of wine. I thought a little celebration was in order for getting out of Morocco unscathed. The streets were packed with people but I had no trouble finding a cute little tapas bar with heaters outside.

I looked at the menu and ordered a few things to try along with a glass of red. I was pleasantly surprised to see that a glass of wine on the menu was 1.70 euro, while a Coke was 2.50. Wine is cheaper than Coke here…I think I’m in love.

After dinner I was beat so I headed back to the hotel and called it a night. Lots to see and do tomorrow and since I have a 1pm train to Seville, I’ve got to start early.

My plan for today was to walk around and check out the main sights, including the Plaza Mayor and the Palacio Real. Perched on a hill overlooking the city, the Palacio Real has 3,000 rooms, some of which are open to the public so I was really hoping to see that.

Unfortunately, when I got to the Palace, the sign outside said that it was closed for an “official ceremony” all day. So, I had to settle for just walking around it and the beautiful Cathedral Almudena next door. The Plaza Mayor was also nice but not much going on at 9 in the morning. I’m sure it’s much more interesting when it’s filled with people in the evening.

Madrid was beautiful and I wish I had more time to spend (and that it was a little warmer) but by noon it was time to head back to my hotel, check out and get to the train station for my high speed train to Seville.

The Train to Seville

The train ride to Seville on the hi-speed AVE train was excellent. I splurged on a first-class ticket which was about $30 more and included lunch. It was a 2 ½ hour trip but the time flew by. Lunch was great and there was even a movie I hadn’t seen.

Before I knew it, we were pulling into the station in Seville. I had been in such a hurry getting out of Madrid that I realized I had the name of my hotel in Seville but not the address. So, I headed to the center of town and figured maybe I’d just wander around a bit and see if I could find it (I don’t know why I thought that would work).

After about an hour of wandering around aimlessly (and taking in the sights) I finally gave in and hopped in a cab. The hotel was nice, nothing fancy. Again, I’m on the “euro diet” for this part of the trip. The exchange rate is really killing me. After I got settled in, I headed back out to get the lay of the land a bit and find some dinner.

My first observation about Seville is that it is much bigger than I pictured it. There is a decent-sized area that constitutes the “old town” where all of the main historic sights are located and then that area is surrounded by a really generic, large European city.  Though the old town is small, it is quite easy to get lost (as I soon discovered).

There are a number of small, winding city streets that the locals apparently think should remain nameless because I couldn’t find a sign on any of them, nor did they seem to exist on either of the two maps I looked at. Needless to say, this made navigation a bit of a struggle at times.

Fortunately, the big sights are easy to find and all clustered in the same area so I decided it might be best to stick to those.

The next morning, after another decent night of sleep, I left the hotel early to take in the sights.

My first stop was the Catedral de Sevilla, the largest Gothic building in the world and third largest cathedral (after St. Peter’s in Vatican City and St. Paul’s in London). The cathedral’s central altar is over 60 feet tall and is said to be the largest in the world. The life of Jesus is carved into chestnut and walnut from His birth at the bottom to His death at the top. The tomb of Christopher Columbus is also located within the cathedral.

Next door is La Giralda, a 12th-century Moorish tower. The view is fantastic and I had earned it after walking up the steep ramps to get to the top. The tower was designed with ramps instead of steps to accommodate the horse and rider who would ride up 5 times a day to call everyone to prayer.

Just across from the cathedral is the Royal Palace, Alcazar. Formerly a Moorish fortress, it’s still used by the royal family when they visit Seville.

After wrapping up my sightseeing for the day, it was time to head back to the train station to pick up my rental car for the drive to Lisbon, Portugal. I’ll have the car for the rest of the week, driving to Lisbon Wednesday and Thursday, then back into Spain to Marbella on the Costa del Sol and then finally returning it in Barcelona on Saturday.

I’m looking forward to the freedom of having my own wheels for a while!