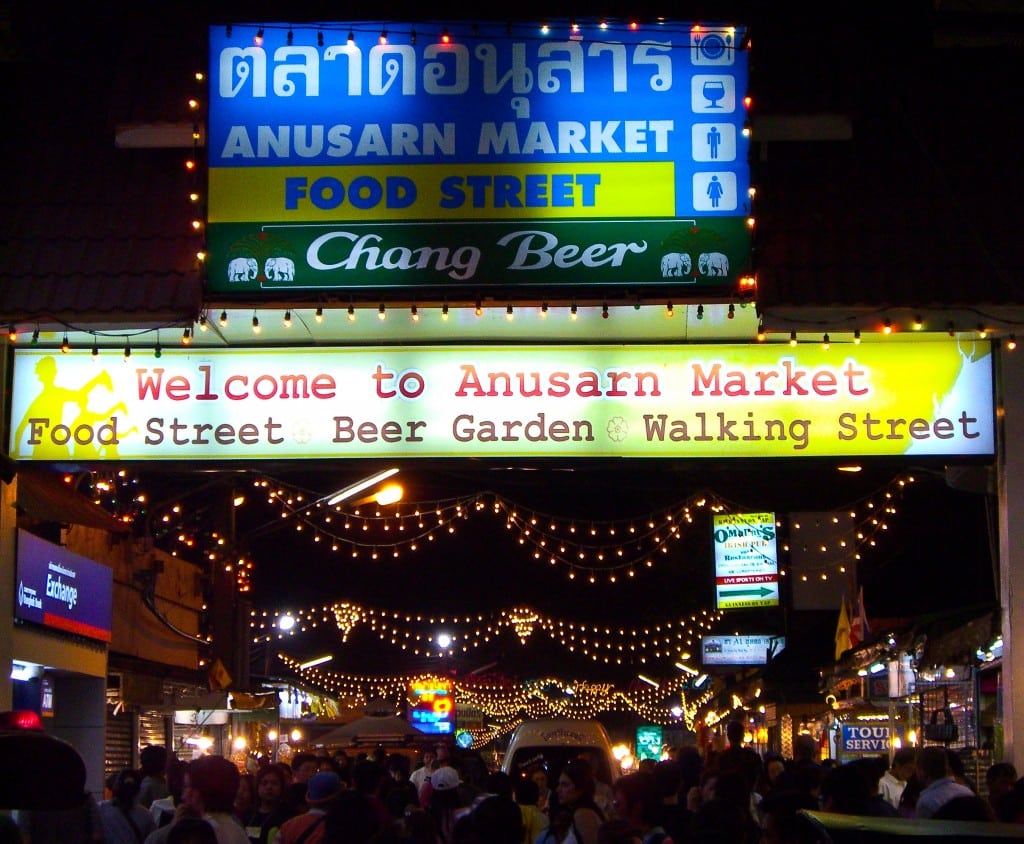 Paris in Transit – One last time

Back in Paris again after another lovely flight spent in the comfort of Air France’s new Business Class seat. This time I even had the seat next to me open – love it!  When I arrived in Paris this morning, I headed straight for the Air France Arrivals Lounge which features extremely convenient private shower rooms.

After a hot shower and a change of clothes, I was ready to take the train into town and shop for a new camera. Thankfully, there were much better prices here than in Cape Town (scene of the camera-sand debacle). I actually managed to find the newer version of my current Casio Exilim for under $300 after the tax refund. The new camera is awesome and has even more cool features than my last one. So, brace yourself for some serious photo-taking.

After another lovely overnight experience on Air France, I landed in Bangkok with about 2 hours to spare before my Thai Air connection to Chiang Mai.

Since my last trip to Thailand, Bangkok has opened a brand new airport – Suvarnabhumi International – and it is a huge improvement over the old airport. It’s much more in line with the other fabulous hi-tech Asian airports like Singapore, Hong Kong, Kuala Lumpur and Seoul.

After checking out the new Thai Air lounge for a bit, I headed to my gate and was happy to see that the plane taking us to Chiang Mai was one of those 747 double-deckers.

I’ve never been on the upper level of a plane before and have always wanted to try that out. Even last year flying all of those international airlines, it never worked out that I had a seat upstairs (if there was an upstairs).

Well, this time I did, and it was pretty cool. A bit like you’re flying on your own little plane with about 20 other people.

I arrived in Chiang Mai around 4pm and though I was pretty tired I didn’t want to waste any of my short 2 ½ days here so I showered and grabbed a cab down to the Night Market for a little dinner and some shopping.

And WOW was there a lot of shopping. The market is open every night starting at 6:00pm and it is huge. There were lots of options for dinner and I was craving some pad Thai so I found a place and sat down for a great dinner and a beer for a little under $3 US. You’ve gotta love Thailand.

After a while, I gave in to fatigue and tried to find a taxi back to the hotel. But there were no “car” taxis around, just the local tuk-tuk taxis. Believe it or not, on my last trip I never rode in a tuk-tuk despite their abundance throughout the Indian and Asian cities I visited.

Mainly because I’m pretty sure the dead guy on the side of the road in India was a tuk-tuk passenger immediately prior to his untimely demise. Kind of scared me off of them and I steered clear for the rest of the trip.

But after a few hours in Chiang Mai, it was pretty clear that this was the primary method of transportation here and I needed to get on board…literally. I took a deep breath and flagged one down.

Long story short, it wasn’t horrible but the whole ride I kept thinking, “God, I hope no one hits us.” And there definitely isn’t anything resembling a seat belt, you just hold on to the seat and hope for the best. This is not really my idea of adventure, but it did get me back to the hotel safely and for just 80 baht (a little less than $2) – maybe they’re not so bad after all.

Day 2 in the shopping & massage capital of Thailand

By the next day I was a tuk-tuk pro. I took one into town to spend the day walking around the old city where most of the temples are located. I visited Wat Phra Singh, Wat Lok Molee and a few others. After a full day of walking around the city, I was ready for a good Thai massage.

Last year in Bangkok, I’d visited one of the massage schools and got a great massage for about $7. I quickly learned that in Chiang Mai, you don’t have to find a massage school – there are massage places all over town and the going rate is 150 baht for an hour (about $4.50)…SIGN ME UP!

If you’ve never experienced a Thai massage before, I’ll try my best to describe it. First, they take you to a small private air-conditioned room (this is a big deal in the 95 degree heat) and they give you loose linen pajamas to change into. Once you’ve changed, the masseuse (who is generally a tiny 80-pound Thai woman) pokes, prods and hand-chops your limbs into submission.

This is followed by a brief period of twisting and stretching you like taffy. And finally, she does a sort of walking/kneeling number down your back. By the time it’s all over (if you’re still awake) you feel like a million bucks. And all for the bargain-basement price of a little less than $5. Genius.

After multiple nights spent on airplanes and time-zone hopping the globe in the past few weeks, this was exactly what the doctor ordered. After my massage, I had some great Thai food for dinner again near the market and began a full evening of shopping.

They had a ton of beautiful things at the market and all were at very good prices. I bought more than I had room for in my luggage (which wasn’t much), a few things for myself but mostly a lot of gifts.

For my final day in Chiang Mai I had a full agenda. I had hired a taxi for the morning to take me out to the Maesa Elephant Camp.  Visiting with the elephants is big here in Northern Thailand and I had convinced myself that I might even want to try riding one. Maybe.

So at 8:30am, my driver Pat picked me up at the hotel and off we went to the elephant camp. It only took about 30 minutes to get there and of course, there were a ton of tour buses there.

The first thing to do at the camp was the elephant show. This was actually pretty entertaining. The elephants danced, painted and played football to the “oohs and ahhs” of the bleachers full of Japanese tourists.

After the show, you could get in line to ride the elephants for either 30 minutes or an hour. Figuring less might be more in the world of elephant rides, I opted for the (introductory) 30-minute ride and headed for the boarding platform.

The platform itself is a nice touch and was vastly superior to the “pitch you forward and then hurl you backward” method employed in camel boarding while in Egypt last year.

In no time at all, I found myself perched atop the wild animal we had to stay the farthest away from in a JEEP just a few days ago on my African safari. The irony was not lost on me.

A few minutes into my ride with Mae, who was lumbering along, I realized one thing about 30 minute elephant rides…they are approximately 25 minutes too long – give or take.

It’s not bad if the elephant is walking on a level surface, but when they go down a hill or up a hill you’ve got to hold on like your life depended on it.  And the path we were on was pretty much all hills. It reminded me of some of the crazy taxi rides I’ve had in my travels.

After my elephant ride, I wandered around the camp for a little while and visited the elephant nursery which was pretty cute. Then I found Pat (or actually, he found me) and we headed out.

Next stop, Doi Suthep Temple on a mountaintop overlooking the city of Chiang Mai.

Doi Suthep is Chiang Mai’s most famous temple and definitely its most scenic. The views from the temple are amazing and the temple itself is just as beautiful as the many that I’ve seen in Bangkok. Much nicer than the temples I saw in town yesterday.

I spent some time wandering around up there before walking back down to find Pat and head back into town for one last massage (and a manicure and pedicure while I was at it – total $8.50) and cheap meal before my flight back to Bangkok.