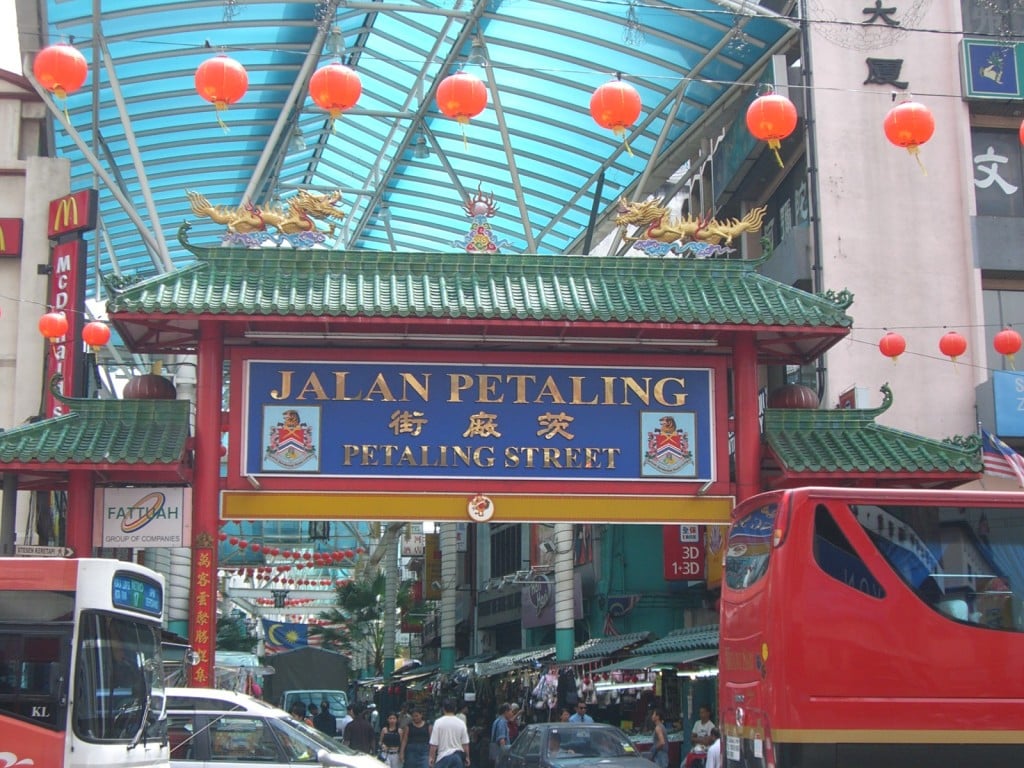 Today, we reach the 10th stop on this 30-day trip around the world…Malaysia!

The airport is modern and sparkling clean and there is a hi-speed train that connects you to the KL-Central Station in only 28 minutes for about $9 US. My hotel was right across the street from the Central Station where all of the city’s metro links converge. The metro was a real steal at about 30 cents a ride and ridiculously easy to navigate.

After my recent visits to India and Phuket, it’s so nice to be back in a modern city!

The Hilton Kuala Lumpur was one of the great deals of this trip. The room itself was beautiful at only $75 US per night, but even better, upon check-in I was upgraded to an Executive Level room with access to the Executive Lounge on the top floor.

The Lounge has a full buffet breakfast every morning, an evening Malay cuisine buffet (which was fantastic), free drinks, and live entertainment every evening…all gratis. Not to mention it has free wi-fi which has become the perk of all perks on this trip.

But my favorite thing about this hotel was the complimentary laundry service, up to 4 pieces per day. (This may not sound exciting to you but if you could see my suitcase right now, you would understand.)

I took full advantage of the laundry service both days of my stay and am happy to report that my suitcase is back in good standing, “aromatically” speaking, that is.

Things to do in Kuala Lumpur

So, for my one full day in Kuala Lumpur, Malaysia, I decided to take in the city’s architectural sights, visit the Batu Caves, and sample the #1 tourist activity here – shopping.

Kuala Lumpur is the capital city of Malaysia. It’s a rapidly evolving, modern city with a unique blend of glittering temples and gleaming skyscrapers. It’s also known for incredible markets and a delicious street food scene.

There are two fixtures of the KL skyline that are hard to miss.

Completed in 1998, the Petronas Twin Towers were once the world’s tallest buildings. In 2004, they were eclipsed by Taipei 101 and in 2010, Dubai’s Burj Khalifa

Since their opening, the Petronas Towers have become the defining symbol of Kuala Lumpur and the country’s economic and industrial growth.

The second fixture in the Kuala Lumpur skyline is the KL Tower.

The KL Tower is the 7th tallest telecommunication tower in the world (and the tallest in SE Asia). Aside from housing an observation platform, restaurants, and souvenir stores, the tower serves as a telecommunications and broadcast facility for the city.

After a morning of walking around the city, through the parks and taking about 50 pictures of the Petronas Towers (they are so impressive, it’s hard to stop – though equally hard to get a good picture with all of them in it) I headed into the KLCC Shopping Center.

I spent some quality time there and actually did buy a few things before catching an adventurous wave and taking the train down to Chinatown to the well-known Petaling Market.

The market was loud, colorful, and aromatic with smells from the many street vendors wafting through the stands. There was one area of food stands where several of the vendors had live chickens loitering about. I can only imagine what an outbreak of the bird flu would do to this area, needless to say, I didn’t linger.

Not a good time to be hanging out amongst live fowl (really, is there ever a good time?).

I tested my haggling skills with the street vendors and eventually bought a couple of very reasonably priced souvenirs. I then tried one more mall a little south of the hotel at the Concierge’s suggestion and again found the city’s metro system easy to navigate and an outstanding bargain.

For my next stop, I’d be heading a bit outside the city limits.

Just 8 miles north of the busy Malaysian capital of Kuala Lumpur, lays one of the most popular Hindu shrines outside of India – the Batu Caves.

Dedicated to Lord Murugan, whose giant golden likeness guards their entrance, the series of caves and cave temples takes its name from the Batu River which flows past the hill. Created by limestone said to be 400 million years old and rising over 300 feet high, the entrance to the two largest caves – the Temple Cave and the Dark Cave – sits atop a steep flight of 272 stairs frequented by a fearless lot of macaque monkeys.

Visitors can freely roam the ornate Hindu shrines of the Temple Cave but due to its delicate ecology access to the Dark Cave is restricted to paid, guided tours.

The Batu Caves are one of Kuala Lumpur’s best sights and, thanks to convenient direct metro access from the city center, also one of the city’s least expensive attractions for visitors.

Wrapping up a day in Kuala Lumpur

With my full day complete, I headed back to the hotel to freshen up and visit the lounge for a glass of wine, some excellent Malay cuisine, and live music.

After some great food and even better wine, I retired back to my room to enjoy a hot bath, American Idol (on the Star channel which has lots of American shows in Asia – good for those who might be a little homesick!), and a good night’s sleep before catching the train back to the airport for my quick flight to Singapore.