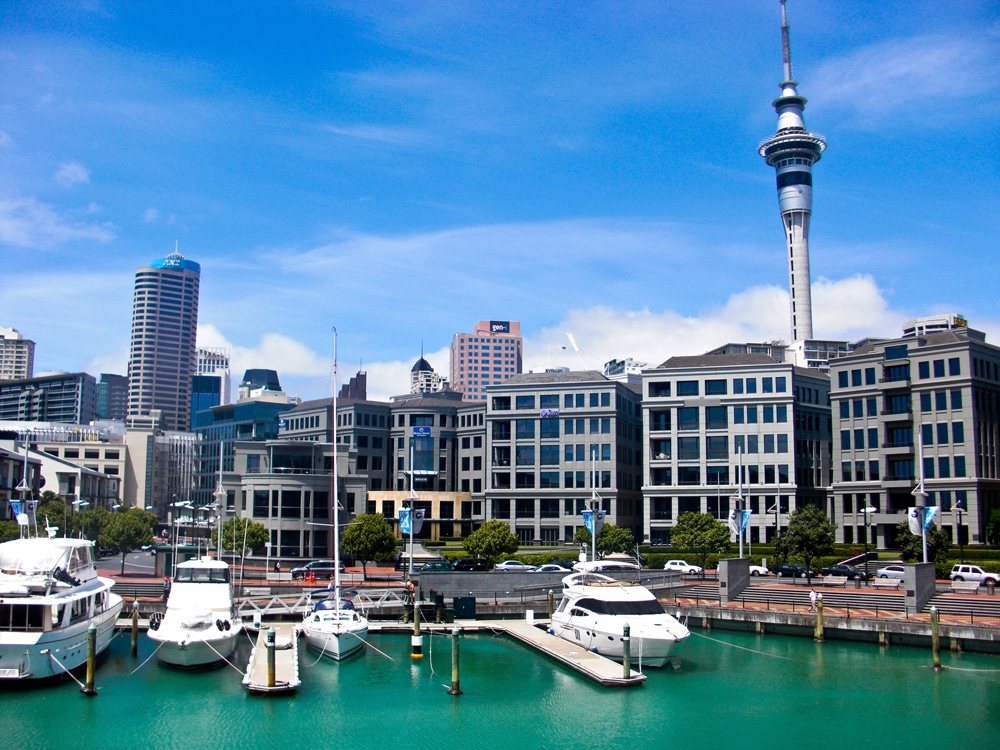 The flight from Siem Reap to Seoul is a relatively short 6 hours and we arrive at Incheon Airport at 5:30am. Unfortunately, my connecting flight to Auckland isn’t scheduled to leave until 7:30pm, which leaves me with 14 hours to kill in Seoul.

Since I’ve seen the city of Seoul before and the current temperature is somewhere in the low 20’s, I elect to spend the day in the Korean Airlines Lounge. I catch up on some work and update the website from my last stop in Cambodia.

It’s a super productive day and before I know it, it’s time to board the 11-hour flight to Auckland.

I hadn’t originally planned a stop in New Zealand on this trip. However, I was determined to get to Tahiti. And when I couldn’t get the inbound flight through my Skyteam RTW ticket; I had to look at other options.

A quick search of the Air Tahiti Nui website revealed that a one-way ticket from Auckland to Papeete, Tahiti could be had for around $300. I was able to get a flight into Auckland through my Skyteam RTW ticket and then a flight out of Papeete back to the US.

So I decide to spend one day in Auckland and book my own ticket to get to Tahiti. Not a bad deal actually, since I’ve been in love with New Zealand since my first visit on Round the World #2.

When we land in Auckland and the customs agent flirts with me in that cute little kiwi accent, I know I made the right decision to come back to NZ. And he is actually cute – a nice change of pace from the first few weeks of this trip.

Honestly, it’s just nice to be back in a country where English is the native language. After 3 weeks in Southeast Asia, I’m so ready to lose the language barrier and, especially, to eat western food again! I’m seriously craving a burger.

My hotel, the Westin on Lighter Quay, is beautiful and has great panoramic views of the city. It is a picture-perfect Sunday afternoon in Auckland, mid-70’s and not a cloud in the sky. And it seems like the whole city is out on the harbor front enjoying the day.

I decide to take a run first since I’ve been severely slacking off in that department due to adverse weather conditions (i.e. it’s been super hot).

Later, I spend the afternoon walking around the city enjoying the weather. And then end my day with a terrific dinner of New Zealand green-lipped mussels on the waterfront (not exactly a burger, but when in Rome).

I am so happy to be back in the land of my favorite wines…New Zealand Sauvignon Blancs!

It’s been weeks since I’ve had a good glass of wine. So, of course, that is top priority. I even buy a bottle to take with me to Tahiti figuring wine will be expensive over there (little did I know just how prophetic that thought would be).

All in all, the perfect way to spend one day in Auckland and a great stop-over on the way to paradise.