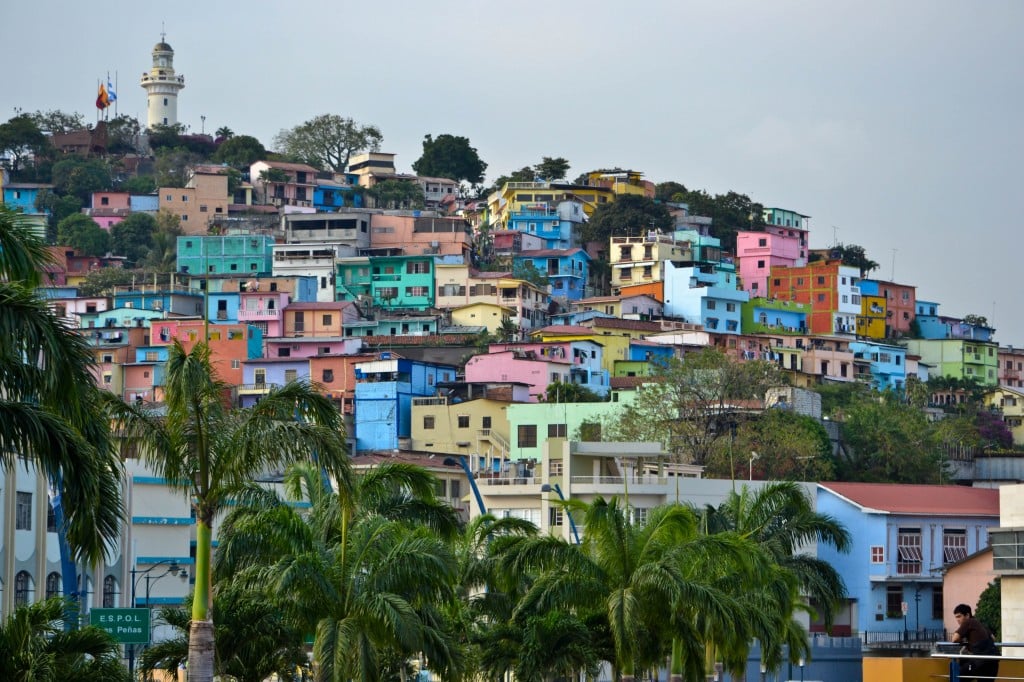 We walked the Malecón end to end making stops at the Rotonda monument and the Moorish Clock Tower before branching out into the center of the city and heading over to Centenario Park. We walked through a colorful market and past several stunning churches before heading to the final stop on our list, Seminario Park…also known as Iguana Park.

A statue of Liberator Simon Bolivar stands in the center of the park and a magnificent Cathedral borders it, but most people come for the wildlife. The iguanas, that is. You see, Seminario Park is home to hundreds of roaming iguanas who long ago chose to reside in the park to feed on its vegetation.

Today, the iguanas have become quite a tourist attraction. Shannon found out about them by watching an episode of Anthony Bourdain’s travel show, No Reservations. It was entertaining to watch them all scampering about, but honestly, some of them looked a little mean to me, so I kept a respectable distance. If you’ve ever seen one of those little guys up close, you can’t help but notice they have long, sharp claws.

After we’d had enough of the iguanas, we walked back toward the Malecón to grab a beer by the water before heading back to the hotel. With an early flight to the Galapagos the next morning, we were looking forward to a good night’s sleep. Next up, the ultimate Ecuadorian prize…the Galapagos Islands!