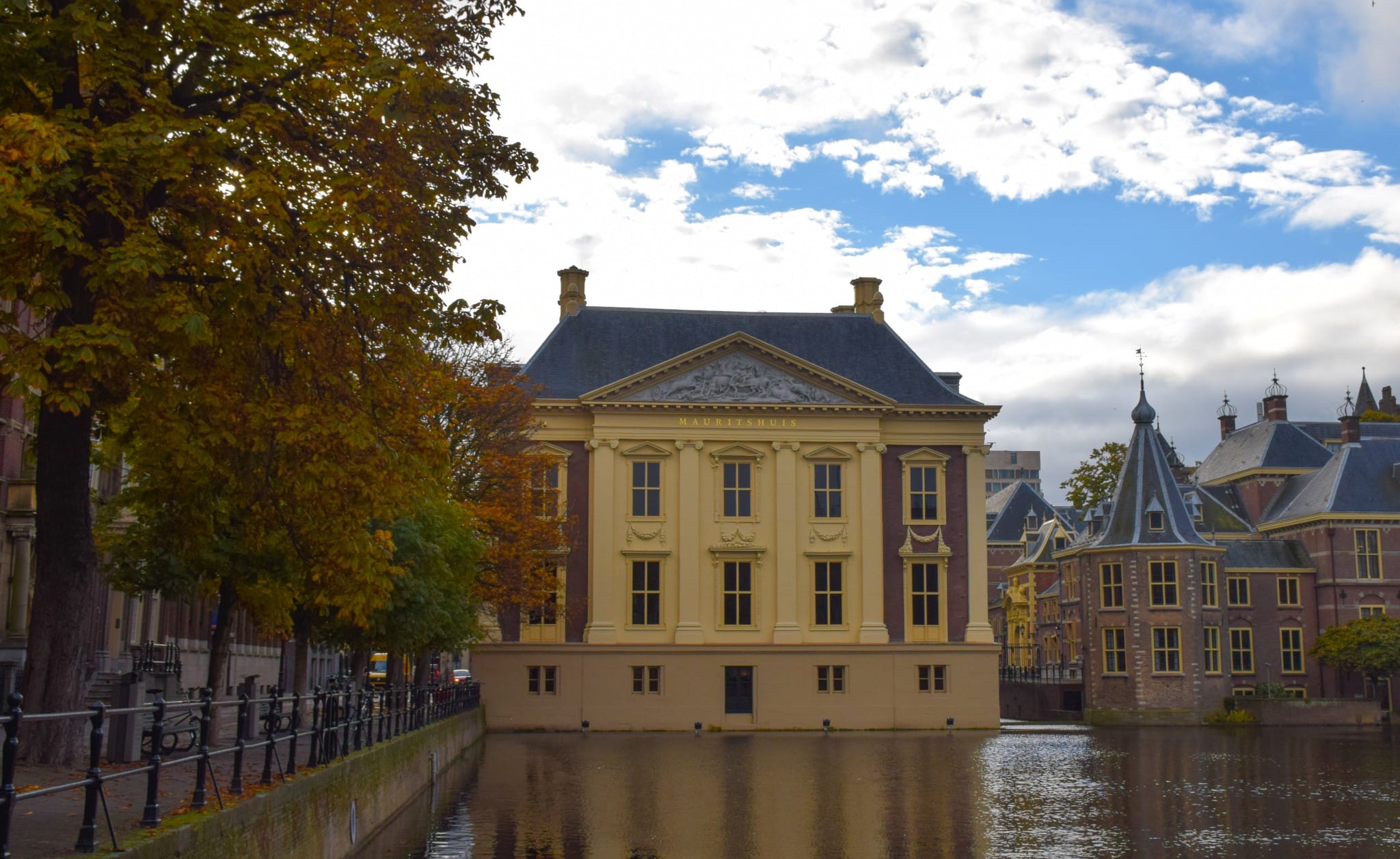 Inside: Known as “The Royal City by the Sea,” The Hague is a terrific side trip from Amsterdam. Here’s everything you need to know to plan your visit.

During our visit to Amsterdam for my photography exhibition at the Sheraton AMS, my husband and I decided to venture outside the city.

Our destination? The Hague.

We are drawn to The Hague partly by Marriott’s luxurious and historic Hotel Des Indes (I’m a sucker for a glamorous hotel). But also for the chance to experience something more of the Netherlands than just Amsterdam.

It turns out to be a fantastic decision. In fact, we soon discover that the Netherlands’ third-largest city is a wonderful destination to explore.

And it’s all just a short train ride from the bustling city center of Amsterdam.

Is The Hague worth visiting?

Situated along the North Sea coastline, most international travelers likely think of The Hague primarily as the home of the UN’s International Court of Justice.

But there’s so much more to The Hague.

Known as “The Royal City by the Sea,” The Hague is the seat of Dutch government and parliament and home to many members of the Dutch Royal Family. As the UN’s fourth major center after New York, Geneva and Vienna, it’s also home to more than 150 international organizations.

As such, the city has a modern, global feel that merges seamlessly with its decidedly Dutch historic city center. And yes, it’s absolutely worth a visit!

Commissioned in 1858 by Baron van Brienen, chamberlain of King Willem III, the residence was originally intended to host huge parties and private functions.

In addition to an elegant ballroom, the property also featured an inner courtyard, stables, servant quarters and private quarters.

What was once the gate to the inner courtyard is now the entrance to the Hotel Des Indes.

And what is now an elegant lobby and restaurant was once the spot where guests of the Baron arrived in their horse-drawn carriages for the festivities. It’s incredible to look up at the ornate ceilings and imagine the hotel as it once was with carriages unloading well-heeled party-goers.

Van Brienen passed away in 1873 and in 1881, the property was purchased by a wine merchant and his wife (daughter of a famous hotelier) and later that year the city palace would begin a new life as the Hotel Des Indes.

The hotel was an instant success and, over the next 130 years, she would play host to kings, world leaders and celebrities. Van Brienen’s distinctive tastes still permeate the hotel. From elegant touches like the Louis XVI-style furnishings to the monogram “B” on the door handles.

Our spacious room is reminiscent of a guest suite in a palace. It’s resplendent with elegant fixtures, marble finishes, plush fabrics and rich colors. It’s definitely unlike anything we’ve seen on previous visits to Amsterdam.

I can’t wait to get settled and head out to explore our surroundings. But since we’ve been on an airplane all night and arrived just before dawn, a nap is the first order of business.

Things to do in The Hague

After a little rest, we begin our self-guided tour of The Hague with the city’s most famous museum, the Mauritshuis.

The museum is best known as home to Vermeer’s “The Girl with the Pearl Earring.” But it also contains works from Rembrandt, Paulus Potter, Jan Steen and a wide variety of well-known Dutch and Flemish Golden Age painters.

The museum’s interior is spectacular. We spend a leisurely few hours meandering through the various rooms on each level.

From there, we take a stroll through the 13th-century Binnenhof, considered the cultural center of the city. The trees along the water blaze with fall colors and there’s a mild chill in the air. It’s the perfect autumn day for a walk.

We cross the street, mindful of the city’s many cyclists whizzing by, and into the cobbled streets of a neighborhood called the Plaats.

Lined with shops and cafes in the traditional Dutch architectural style, The Hague’s royal heritage is evident down to the light fixtures – hanging, crown-shaped lanterns. It’s a terrific way to spend a day!

Wrapping up a visit to The Hague

A visit to The Hague is well worth the slight detour from Amsterdam to enjoy this unique city’s many cultural delights.

Next time you’re in Holland, don’t miss the opportunity to hop on the train and spend a day or two savoring the charms of this historic Dutch royal city.