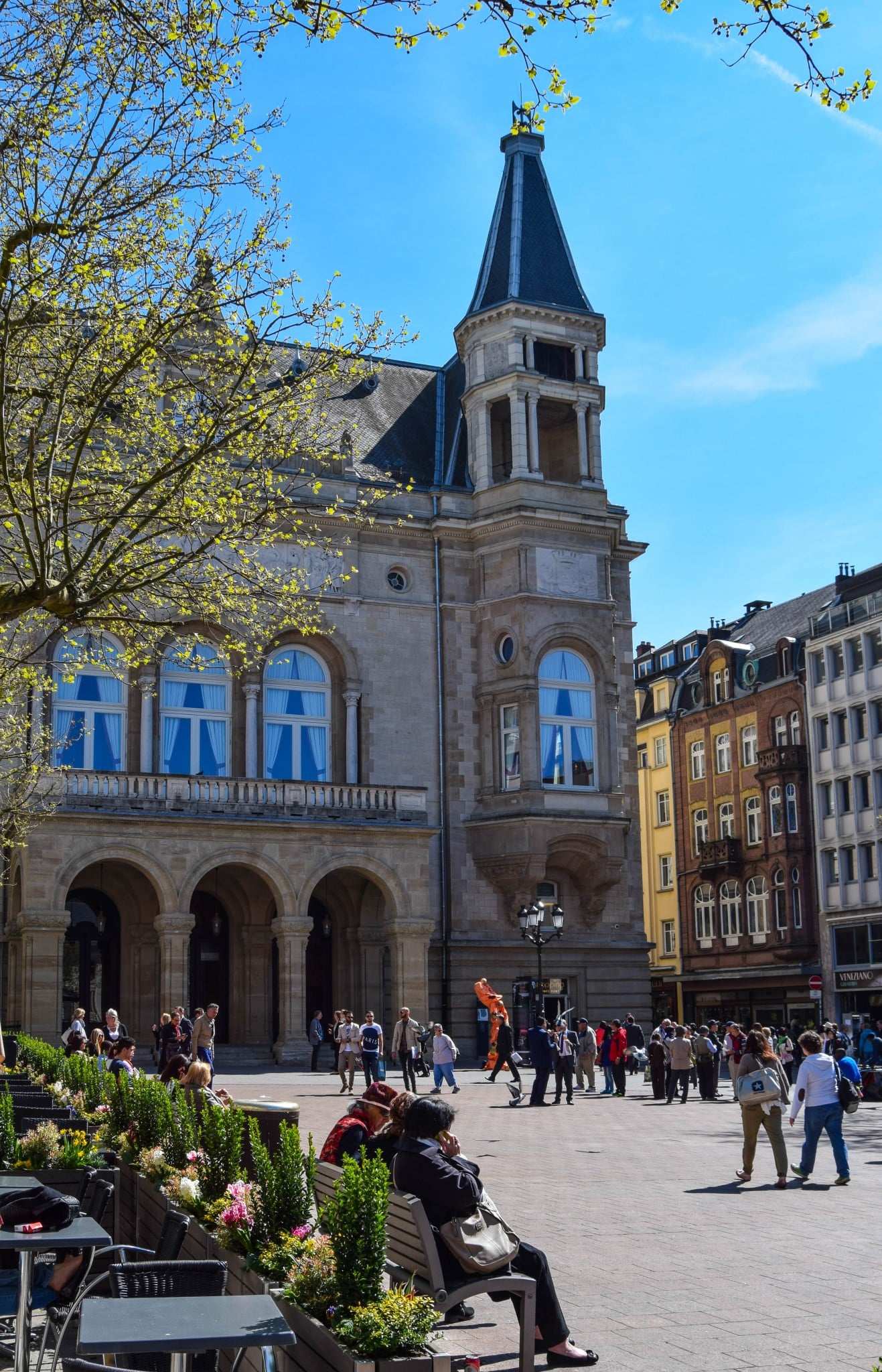 As the world’s only remaining “Grand Duchy” (a territory whose head of state is a grand duke or duchess), the tiny European nation of Luxembourg boasts an advanced economy and the world’s 2nd highest GDP per capita.

Situated on a steep, rocky outcrop at the confluence of the Alzette and Pétrusse Rivers, Luxembourg’s Old City is a natural fortification (just needing completion on the west side). Throughout history, this strategic fortress was constantly reinforced as it changed hands from one great European power to the next.

Originally serving as a parade ground for troops defending the city, today the Place d’Armes is the city’s central pedestrian hub lined with restaurants and outdoor cafes.

During the summer months, this central square hums with activity hosting nightly concerts and attracting locals and visitors of all ages. The Palais Municipal, better known as the Cercle, is the square’s central focal point and the site of many of the city’s cultural events and celebrations.