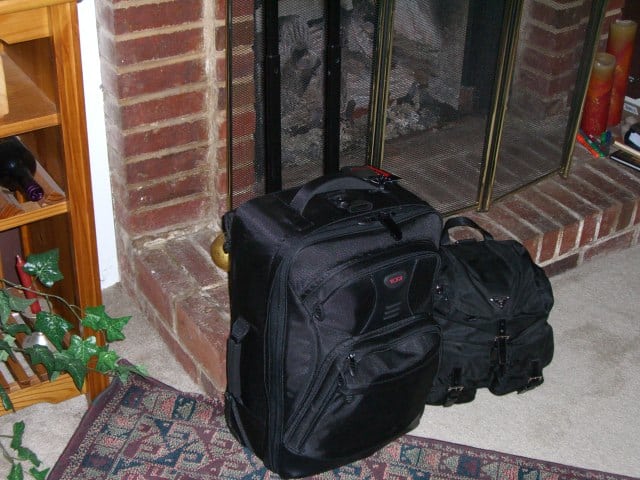 Miami, Florida (One Year Ago)

Fittingly, it all began in a hotel.

In Miami on business, I breezed out my hotel room door that morning, absently grabbing the Miami Herald underfoot. It wasn’t until much later that day when I had time to finally read that newspaper – travel section first, as usual – that I stumbled upon the story of Elliott Hester (aka, the “Continental Drifter”). After taking a leave of absence from his job and giving up all his worldly possessions, Hester was about to embark on an open-ended trip around the world.

I quickly became obsessed by the possibilities of such a trip.

If you had all the time in the world, where would you go? What would you see? What life-long dreams would you make a reality?

But in today’s hectic world, could one really just give it all up and hit the road?

I wasn’t so sure. Certainly, it’s not a practical option for most. But I couldn’t get the globe-trotting daydreams out of my head and in a matter of days, a new plan had begun to take shape.

As the owner of an event management business, I had no boss to answer to, only my clients. It was obvious to me that a year overseas was out of the question. While I wanted to do justice to such a life-changing trip, I also wanted a business to come home to.

In the end, I decided on 30 days. One month to see as much of the world as I could squeeze in…and  I was determined to make it count.

In the year that followed, I spent so many hours planning that it became like a second job. I learned just how much planning goes into a trip around the world.

The best part? Buying a huge foldout map of the world and plotting out where I would go.

There was never any question that I would travel alone. Others were welcome for a stop here and there but the trip was a personal quest to me and I wanted to conquer the world on my own. Plus, trying to work out the myriad of logistics was tedious enough with one person, I couldn’t imagine trying it with two.

After narrowing down the wish list to 15 stops (an ambitious 30-day itinerary by anyone’s standards), I booked the airline ticket in April. This is where my past business travel really saved me a bundle. A long-time Delta frequent flyer, I was able to cash in 280,000 miles for a first-class “Round-the-World” ticket.

Since a mileage ticket of this sort only allows for 6 stops (though I was able to get 7 by arranging an overnight layover in Seoul), I used it for the long flights to major cities and later booked a number of shorter-haul flights on my own to complete the itinerary.

For the next few months, I focused on where to stay at each stop and what I wanted to do there. I reserved hotels in 15 cities and again made the most of my business travel by utilizing every last Starwood, Hilton and Marriott point I had ever earned.

I booked a day with an Egypyologist in Cairo to tour the pyramids and a car and driver in India to make the 4-hour journey from Delhi to the Taj Mahal. Due to time constraints, a few stops required detailed advance planning; but for most I simply booked the flight and hotel and left everything else to my whims upon arrival. I didn’t want to be over-scheduled, it was important to me to make time to just wander the streets and breathe in each destination.

With so many stops on the agenda, checking a bag was never a realistic option. I would travel light with just the essentials. My laptop would serve as my only connection to the world back home. I decided to keep an online travel journal of my once-in-a-lifetime adventure.

Partly to keep friends and family up to date as I traveled and partly to record every detail as I experienced it. I wanted to be able to look back in 20 years and re-live the journey through my own words.

Before I knew it, it was time to hit the road…

After more than a year of obsessive planning, I am finally on a plane and on my way to my first stop, Buenos Aires!

It’s been a hectic week or so with last-minute preparations to leave town for a month. Stop the mail and newspaper, copies of travel documents to the parents in case of emergency, immunizations, packing the cat up for a month with “Auntie Michelle”, etc.

It has all left little time for sleep the past two nights.

I was originally scheduled on a flight with a midnight stopover in Bogota, Columbia in order to get to Argentina but luckily, I was confirmed on the direct flight just this morning – it pays to keep checking back with the Round-the-World desk at Delta.

I fully intend to interpret this as a good omen for the entire trip.

The flight change also bought me four more desperately needed hours to pack this afternoon. In this case, “packing” refers to my futile attempt to squeeze way too much stuff into two shockingly small bags (see photo).

I was committed to the carry-on idea and since I normally travel for business with only carry-on bags, I was certain I could swing it…piece of cake, right? What I failed to factor in were the vast differences in temperature throughout the trip.

But, challenging though it was, I’m packed and ready for whatever the local weatherman wants to throw my way. I spent my last few hours on U.S. soil in the Delta lounge calling the other airlines on my RTW itinerary and confirming my seats.

Hoping to get some sleep on the flight tonight and wake up tomorrow in Argentina.