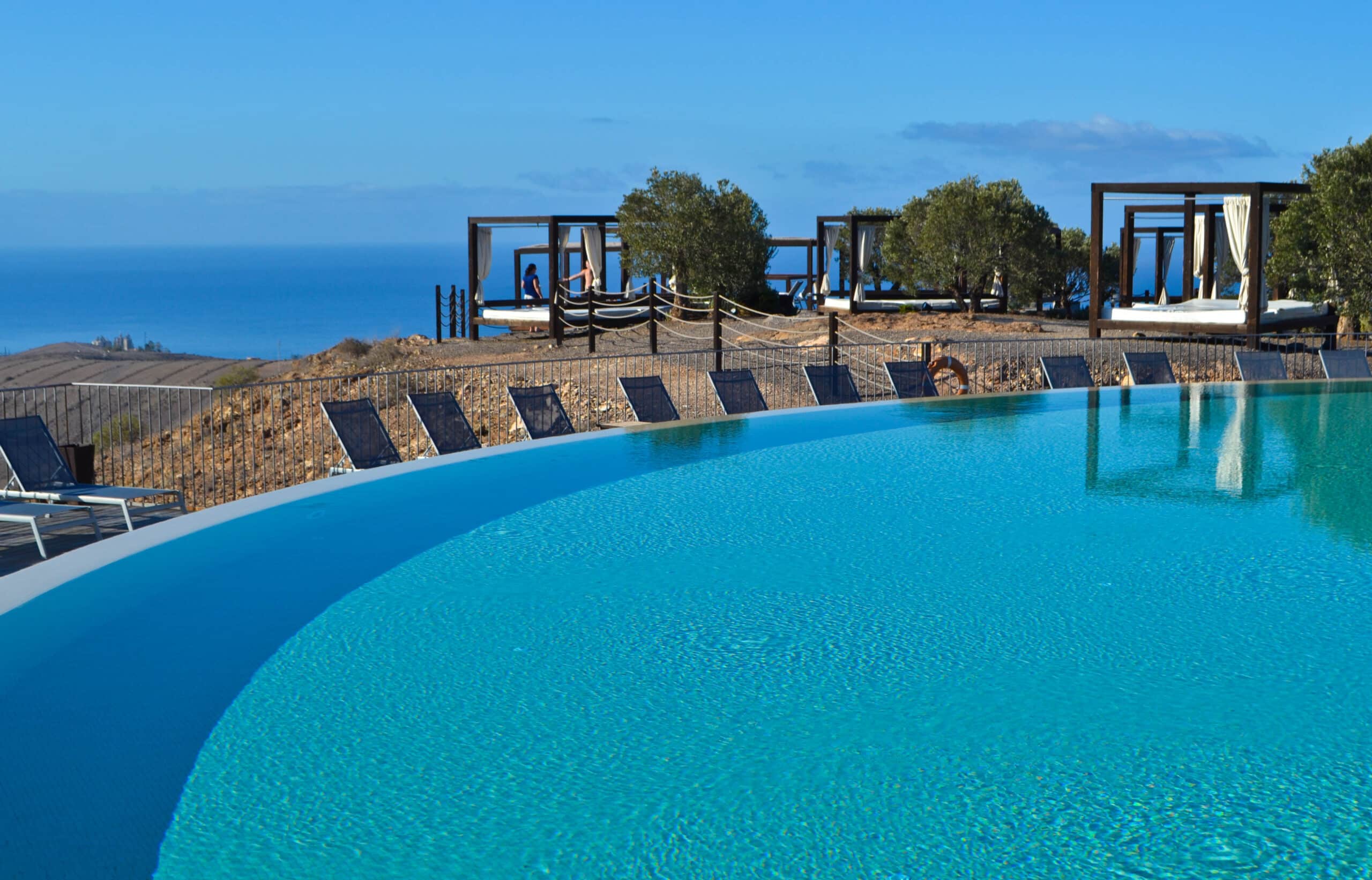 Each year on my RTW trip, I try to pick a stop in Europe where I won’t freeze to death in January. Some years I’m more successful than others. This year I think I did pretty well, though I continue to stretch the boundaries on the definition of Europe.

For my brief visit to the European continent this year (or rather, nearby it), I chose the Canary Islands, a Spanish archipelago off the coast of Morocco. The Canaries are actually one of Spain’s 17 autonomous communities and operate mostly independently from continental Spain.

Since I’d been to Morocco on RTW #3 and it was pretty warm in January, I was confident the Canary Islands would be a solid choice.

I ultimately went with Gran Canaria because the Sheraton Salobre Golf Resort & Spa was by far the best value for the points and I didn’t really have a preference on islands. (2020 Update: This hotel is no longer a Sheraton, but it is still fabulous!)

Because the resort was a bit far from the airport, I decided to rent a car for my brief two-day stay so I’d have the freedom to get out and see some of the island on my own. I landed a little before 10:00am after a long but relatively comfortable flight with Air Europa from Buenos Aires with a connection in Madrid. Within 30 minutes I had my wheels and was ready to hit the open road.

Since it was still so early and some of the best beach resort areas were between the airport and the Sheraton, I decided to take the scenic route on the way to the hotel.

The resort town of Playa del Ingles was crowded with hotels and buzzing with activity even at this early hour. I was immediately glad I was staying somewhere more remote as this town reminded me of any other typical crowded beach resort area and I was looking for a little more peace and quiet.

I arrived at the hotel a little before noon and was upgraded to a beautiful suite with panoramic views of the golf course, mountains and sea in the distance. I didn’t have ambitious tourist plans for the rest of the day, in fact, I had some work to catch up on.

I’d been largely without good internet access for the first two weeks of the trip and I’d been saving up a lot of the things I needed to do for a better internet connection. I figured for sure once I got to a big European hotel I’d be fine. I was wrong.

For some reason, the Sheraton was having issues with their internet provider and the hotel’s wifi was impossible to connect to from my lovely room (which was on the outskirts of the hotel). After 3 ½ hours of working with the hotel staff, they were still unable to resolve the issue – we tried hard line connections and a separate router and still nothing worked.

Ultimately, I had to change rooms (another suite, luckily, but with not nearly as nice a view – but two more days without wifi was simply not an option).

In the new room I was able to connect but it was still painfully slow. By the time I caught up on emails, it was 5:00pm and the whole day was gone. Determined to do something touristy before bed, I headed into the nearby town of Maspalomas for dinner and, when I returned, watched a spectacular sunset from the hotel’s rooftop infinity pool.

A Day at  the “Office” in Gran Canaria

I woke up the next morning feeling a little more rested after a decent night’s sleep and got straight to work. I had put it off long enough; it was time to finish the Antarctica post. Though my deadline was entirely self-imposed (the folks at Quark were terrific and had given me no deadline whatsoever), I wanted to write about the experience while it was still fresh in my mind.

And, of course, since the Patagonia trip was also sponsored, I needed to get that one done, too (though explora hadn’t given me a deadline either – I really do work with the greatest companies).

I ordered room service for breakfast and got to work. Unfortunately, I had tons of photos and videos I wanted to upload for the Antarctica post and the hotel’s wifi simply wasn’t up to the challenge. What should have taken 2-3 hours to finish took 8 hours! Once the writing part was done, I took a break and headed up to the pool for some lunch while the upload process continued.

It was literally an all-day event and unfortunately it robbed me of the chance to get out and see more of Gran Canaria. Originally, I would have had most of the next day to see the island but I’d had to switch to the 7:00am flight back to Madrid recently, thanks to a mistake I made planning the Victoria Falls stop (more on that in the Victoria Falls post).

So I’m sad to say I didn’t see much of the lovely Canary Islands. Though I will say, wifi issue notwithstanding, the Sheraton really was architecturally stunning and gave me a terrific view from my “office” while I worked. But those are the breaks now that I’m working more and more on each trip. And honestly, I wouldn’t have it any other way.