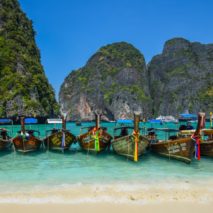 As part of Thailand’s Krabi Province, the stunningly-gorgeous Phi Phi Islands are one of the country’s most sought after destinations in the Andaman Sea. Koh Phi Phi Don is the largest of the archipelago but tiny Koh Phi Phi Ley has become the most popular with visitors. A ring of steep limestone hills surround two turquoise bays, Maya Bay and Loh Samah, and a shallow inlet with a small coral reef at the entrance called Pi Ley rounds out the island’s natural assets. Koh Phi Phi Ley rose from relative obscurity to overnight fame when it served as the setting for the 2000 Leonardo DiCaprio movie, The Beach. Controversy arose during production of the movie when 20th Century Fox altered some sand dunes, added foliage and cleared coconut trees to make the beach more “paradise-like.” But the 2004 tsunami washed away much of the added landscaping, widened the bay and helped to restore the natural ecosystem. Today, the island is part of Phi Phi National Park and visitors are charged a fee of 200 baht to set foot on its sublime shores. Many boat trips visit Maya Bay Phi Phi from nearby Krabi daily but only local longtail boats and smaller speed boats are able to actually bring visitors ashore. Larger boats anchor in the bay and allow guests simply to snorkel, dive or enjoy the panoramic views. 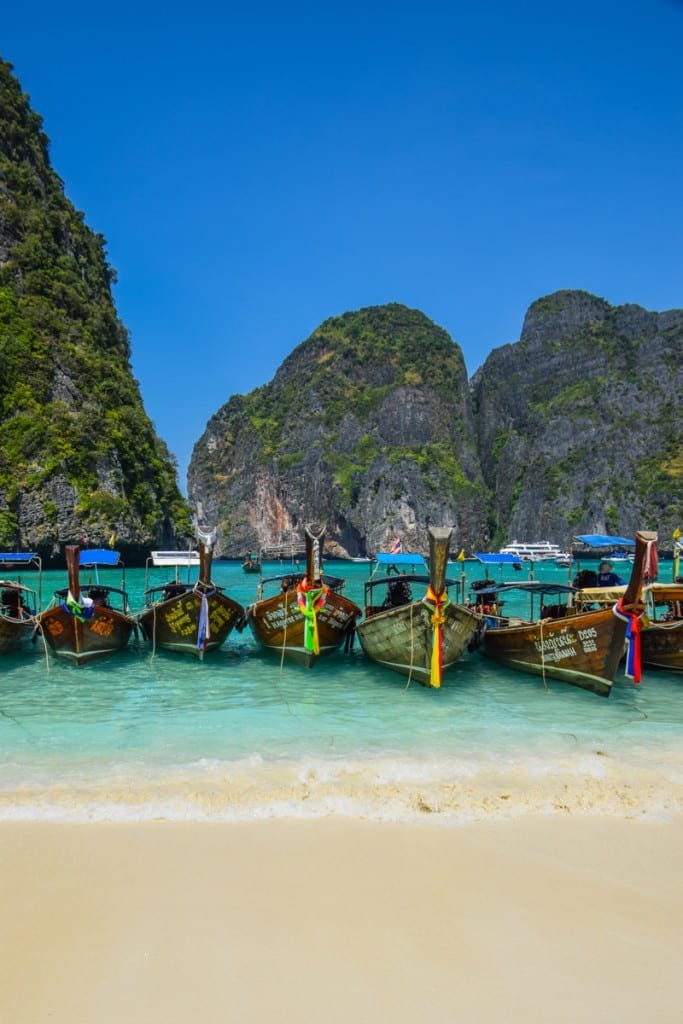 Photo of the Day – Krabi, Thailand

The Full Monsoon-Season-Monty in Krabi Thailand