Home field to the University of Southern California Trojans since 1923, the Los Angeles Memorial Coliseum has played a prominent role in the history of both college and professional football. It’s the only stadium in the world to have hosted two Olympiads (X and XXIII), two Super Bowls (I and VII) and even one World Series (1959). Aside from sporting events, the LA Memorial Coliseum has also been home to decades of memorable concerts, appearances by Billy Graham and Nelson Mandela and even a Papal Mass by Pope John Paul II in 1987. In 1984 it was named a State and Federal Historic Landmark for its contribution to both California and U.S. history forever securing its record-breaking legacy. 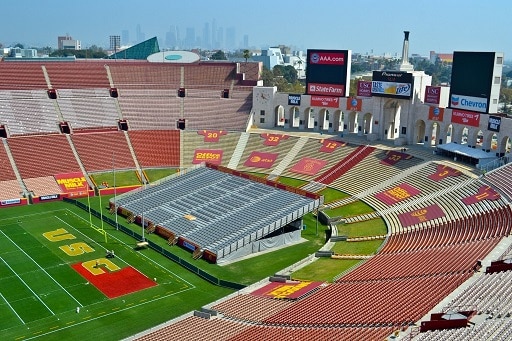