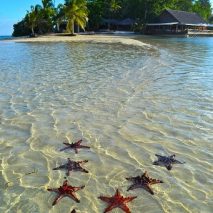 It was once named the “Happiest Country in the World” and it won’t take you long after arriving in the South Pacific island nation of Vanuatu to see why. After all, what’s not to be happy about when you live in paradise? From the charming main town of Port Vila, make your way by jetty out to the fabulously-remote private island of Erakor and the tranquility of the Erakor Island Resort. Once you’ve settled into your beachfront villa, head straight for the water. The first thing you’ll notice as you venture into the clear turquoise sea is a starfish-to-guest ratio of about 50 to 1. So, watch your step in the shallow waters and spend some time getting to know your colorful, shapely neighbors. If you’re lucky, they might even pose for a photo. My three days on Erakor Island Vanuatu on Round the World #7 were the epitome of tropical relaxation. And the sunsets? Some of the best I’ve seen in all of the South Pacific. 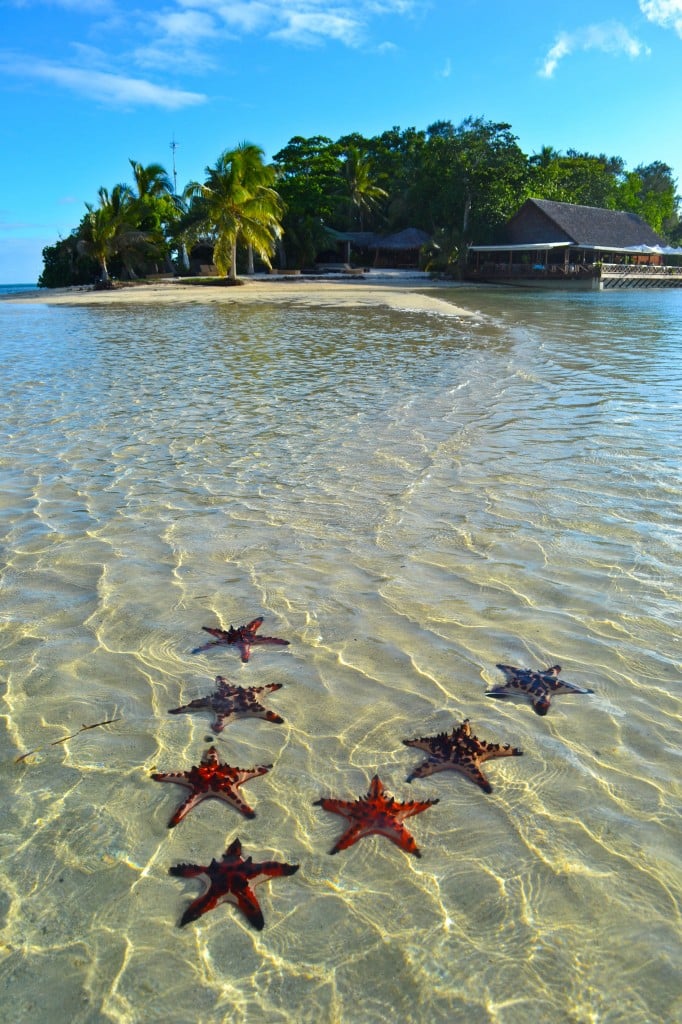 In Vanuatu, even the starfish are happy to pose!

Vibrant, Vivacious…Vanuatu: The Happiest Country in the World

Photo of the Day – One Foot Island Post Office, Aitutaki