It was 1939 when Lakota (Sioux) Chief Henry Standing Bear sought out the talents of sculptor Korczak Ziolkowski to create a monument of Crazy Horse in the sacred Black Hills of South Dakota. The sculptor had first visited the area during work on nearby Mount Rushmore and in 1947 he accepted the challenge to create the world’s largest sculpture depicting a Native American icon. Blasting on the Crazy Horse Memorial began at a 1948 dedication ceremony and continues to this day with no end in sight. The first blast removed just 10 tons of rock from the mountain face. Following Korczak’s death in 1982, his wife Ruth and seven of their ten children took over the monumental project with the hopes of seeing his dream fulfilled. Today, you can see Standing Bear’s vision slowly becoming a reality. Crazy Horse’s face was finally unveiled with great fanfare in 1998 and in 2014, the crew is hoping to finish work on the hand and 219-ft high horse’s head. Korczak’s 1/300th scale model adorns the visitor center at the base of the mountain and a viewing platform offers visitors the chance to watch the painstaking work continue while gaining an appreciation for the project’s eventual spectacular result. 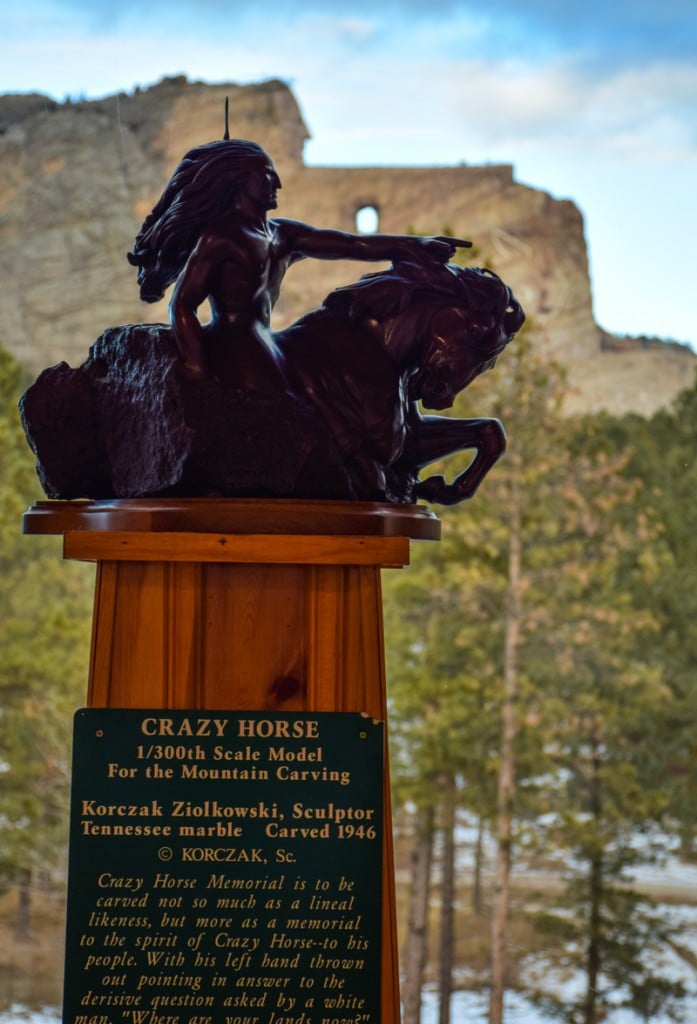 A sculpture of what the finished memorial will look like someday – Crazy Horse Memorial, South Dakota