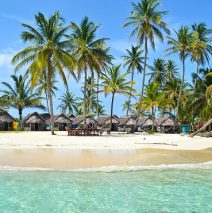 Well, after a month of island-hopping around Central America & South America, I’m finally home! From huts to hotel suites, this one was a real adventure. There were lots of picture-perfect beaches, volcanoes and animals and more boats than I care to remember. In fact, in most places (Roatan, Guatemala, Corn Islands, San Blas & Galapagos) small boats were the primary form of transportation. In the course of the month, I went through several bottles of bug spray and sunscreen and one tiny bottle of Dramamine (and I’m happy to report they all performed admirably).

I slept in boats, bungalows, one very questionable hut (see above) and, thankfully, even a hotel suite or two. I trained dolphins, hiked volcanoes, visited a village shaman, did my first scuba dive and first sailing trip, reached my highest altitude ever, played photographer for an indigenous island family, stood on the Equator and swam with sea turtles, sea lions & sharks.

Quito Ecuador: Top of the World, Middle of the Earth 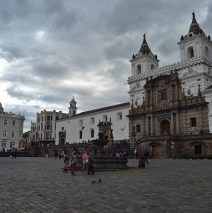 Land Based Galapagos: Island Hopping in the Land of Darwin 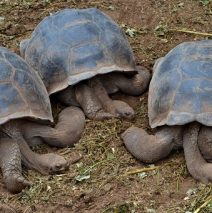 Discovered by accident in 1535 by the Bishop of Panama when he veered off course on the way to Peru, the Galapagos Islands first appeared on a map some 35 years later as the “island of the tortoises.”

For almost 300 years after their discovery, the Galapagos mostly served as a safe harbor to a succession of pirates, whalers and sealers. The islands were a resource for fresh water and food for the sailors who caught thousands of giant tortoises and stored them in their cargo holds. Because the tortoises could survive for up to a year on the ships, they provided a long-lasting food source.

Get Ready for the Summer of Central America! 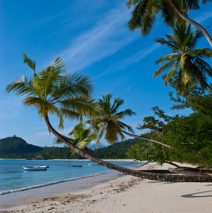 Well, if it’s summer time then obviously it’s time for some serious global slacking off. This summer I’ve decided to take my slacking off on the road to Central America. My summer work is done and now it’s time maximize the month remaining before another season of college football kicks off in late August.

As some of you may know, in addition to my annual January round-the-world trips, a few years ago I started a mid-year edition to combat the unappealing symptoms of passport-underuse and satisfy my summer longings for tropical islands, exotic foods and living out of a tiny suitcase for extended periods of time. Typically, for my summer trips, I choose a particular region of the world to explore more in-depth. My first summer trip took me through Central & Eastern Europe, the second around Australia, New Zealand & the South Pacific and the most recent was a fun-filled summer in the Balkans.