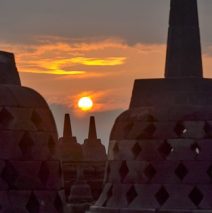 My first stop in Indonesia welcomed me with just the kind of torrential downpour you might expect from any tropical nation’s rainy season. It’s possible you’ve never heard of Yogyakarta (I hadn’t until a few months ago) but the main reason for my brief visit here was to see Java’s Borobudur. Though you’ve probably never heard of Borobudur either, you’d likely recognize it in photos. It first appeared on my radar when the Amazing Race teams went there a few years ago. When I decided to spend some time in Indonesia this year, it shot straight to the top of my priority list.

Getting to Borobudur isn’t the easiest since it’s not really located near a major city (like Angkor Wat in Siem Reap). However, diligent research showed that the city of Yogyakarta was the most convenient for a visit.

Sarawak Borneo: Getting Catty in Kuching 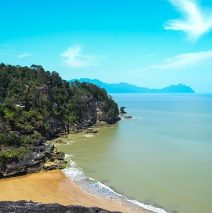 Made up of four independent regions – Brunei, Indonesian Borneo and the Malaysian states of Sabah and Sarawak – the island of Borneo is the largest in Asia and third-largest in the world. And with a rainforest that’s more than 130 million years old, it’s also one of the world’s most unique destinations.

You may remember that I visited the Malaysian state of Sabah on Round the World #6 and also enjoyed a bonus stopover in Brunei on my flight out. This time I was looking forward to exploring Sarawak Borneo, known to be the island’s cultural heart with a thriving indigenous population retaining the ancient traditions of the island.

My base for the next four nights, Kuching, the capital city of Malaysia’s largest state of Sarawak. After a quick flight from Kuala Lumpur, I was back in Borneo. 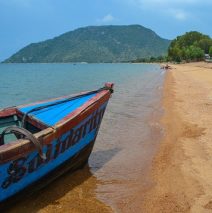 “If we hit a goat, we don’t leave it behind, we take it. It’s good meat.” said my driver, Jacob, as he halfheartedly slowed to avoid a smattering of languid goats along the dark and deserted (of cars, anyway) road from the airport in Lilongwe to my hotel on Lake Malawi. It was after midnight now, so at this point I’d known Jacob for about an hour which suddenly seemed like not long enough.

We’d gotten off to a bit of a rocky start at the airport in Malawi and now I was mildly alarmed that he’d just seriously floated the idea of loading a dead goat into the back seat with me. But before I move on to my exciting drive from the airport on my first night in Malawi, let’s back up to how I got here…

From Durban, getting to Malawi required more work than it should have. My Round-the-World ticket had last left me off in Johannesburg 2 ½ weeks ago and now it was time catch up to it. I flew from Durban to Johannesburg and then had to connect again in Nairobi to reach Lilongwe, Malawi. 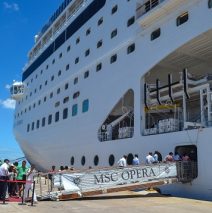 Lesotho & the Sani Pass: A 4-Wheel-Drive Adventure to the Kingdom in the Sky 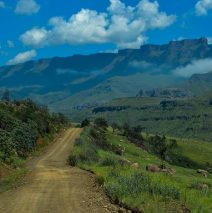 It’s the world’s highest-altitude nation where even the “lowlands” sit at a dizzying 4,500ft above sea level earning it the nickname, the Kingdom in the Sky. Though Lesotho is surrounded on all sides by South Africa, its defensible position in the mountains and a determined people kept it independent through the decades of apartheid. While tiny Lesotho is one of Africa’s poorest nations, this alpine mountain kingdom just might be one of the continent’s most underrated travel destinations.

Easily accessible from Durban or Johannesburg (as long as you have a 4×4, that is), Lesotho’s highest peak tops 11,400 feet, the highest in all of Southern Africa (topped on the continent only by Tanzania’s Mount Kilimanjaro).

I didn’t have much planned for my two nights in Durban before the Mozambique cruise but the one thing I was dying to do was visit Lesotho and the Drakensberg Mountains via the legendary Sani Pass. While spending the night in Lesotho was recommended due to the travel distance from Durban, day trips were available if you were willing to start early as the roundtrip drive takes about 12 hours.

I only had one full day to go but unfortunately it was a Sunday when no regularly scheduled trips were available. So, in the end I had to stomach the cost of a private trip (which meant paying for 2 people) if I wanted to go. I just hoped it would be worth it.

The Township Legacy of Cape Town 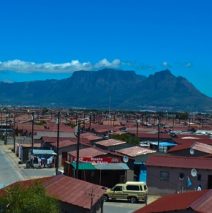 I had two days before my cruise to Namibia and one day after to enjoy all that Cape Town had to offer. After spending my first night settling in at the Westin, the next day I headed over to the Victoria & Alfred Waterfront area (an easy walk from the hotel) for lunch and a little shopping.