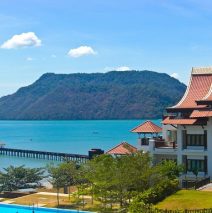 I would love to say that I did lots of exciting things with my 2 nights and 3 days on the beautiful Malaysian island of Langkawi; however, what I actually did mostly was rest. After almost 2 weeks of working through my nights and sightseeing with my days, I was spent! And since it seems the #1 thing to do here on Langkawi is relax, that’s exactly what I did. When in Rome, you know!

Arrival into Langkawi from Phuket was painless. Though the airport only has 4 gates, it is very modern and has all the shopping and amenities you would expect in a larger airport. I changed some money and headed to the taxi stand. The taxi process here is simple: fixed (and reasonable) rates, no meters, prepaid at the taxi desk. My 20-minute ride to the opposite side of the island to the Westin only ran me about $8 US. Not bad at all. 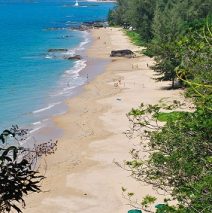 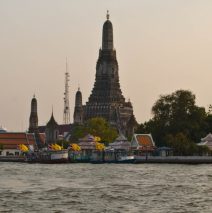 What more can I say about Bangkok that hasn’t already been thoroughly covered in these pages? I just simply love it here.

That said, Bangkok is not a beautiful city, it is not a particularly clean city and its climate can be downright sweltering most of the year…it just doesn’t matter. I don’t know exactly what it is that draws me back to Thailand on every one of these trips but the $5 massages are certainly a leading contender.

After the long (12-hour) flight from Naples, via Paris, I stepped off the plane and into Suvarnabhumi Airport with a irrepressible smile on my face. It’s hard to even imagine that this is the same airport that was shut down by government protesters for more than a week last month bringing Thailand’s business and tourist trade to a screeching halt. Nothing remains of this incident except perhaps an increased security presence that is barely noticeable. 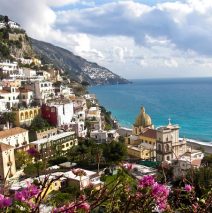 I have my bag!!!! Hooray!! I can’t believe it, I thought I’d never see it again. The morning started just like the one before, waiting at the baggage carousel in Paris for a bag that never came. When it looked like all the bags were out, I went back to the baggage office to once again explain my convoluted baggage issue. The agent called the baggage handling supervisor who checked around “in the back” for a while and said it wasn’t there. I was completely deflated. I asked if there was any way someone could take me back to the infamous “special” room where all of the delayed baggage comes in so I could look around and see if I could find it. That got a “no” but the agent helping me said that he would go back a take a look himself. He was gone about 20 minutes and just when I was losing hope he came back to the office and announced happily that he’d found it and put it on the carousel – so over we went to retrieve it.

As we walked over, I asked the million dollar question, was the bag he found the red one (Theresa’s – equally important, but not time sensitive) or the black one (mine)? It was the black one!! I was so excited. I was getting so sick of carrying the heavy, wheel-less duffle bag around and I just really wanted my suitcase back. Finally, some good news, maybe my luck is turning.

One Day in Paris…at Baggage Claim 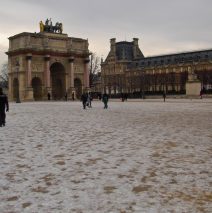 After getting home from the Atlanta airport last night with no bags, I decided to just pack a small duffle bag with enough clothes to carry me for a few days in Paris and Italy and the remainder of the warm-weather clothes I had set aside to replace what I brought to Costa Rica. My plan was to change out the new for the old in my bag when I got it and then ship home the smaller duffle. That was my plan, I still didn’t know what Delta’s plan was.

My new camera’s charger is in my missing bag so I also packed my old camera and charger. Thank goodness the voltage in Costa Rica was the same as in the US and I did not pack my universal adapter for that leg of the trip. That is crucial on these trips for charging my phone, laptop, camera and iPod. Other casualties of the missing bag: my house keys, my Honolulu marathon finisher shirt, a darling little pair of Manolo Blahnik sandals, and the suitcase itself – my favorite little travel-friendly Tumi bag. 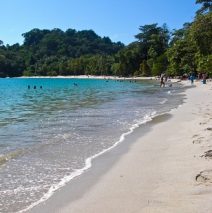 For my first stop on RTW 4, I am joined by my good friend, Theresa. You may remember Theresa and her husband Gary from RTW #1. Their plan to meet me in Berlin was foiled at the last minute when they couldn’t get on a flight out. Theresa works for Delta and, though she can fly for free, it is always standby so we were never 100% certain that she would make it on the plane to Costa Rica Wednesday.

However, the standby Gods smiled upon us and she not only made it on the flight, she got a seat in first class right next to me. Unfortunately, that was the end of our good luck for the day. After we were comfortably seated with baggage stowed and fancy plastic cups of champagne in hand, our pilot announced a mechanical problem with our plane. So, off the plane we went to another gate where we waited two hours before finally boarding our new (and presumably fully-functioning) airplane. Not a major problem since we were just thankful Theresa made it on the flight.