Cairo on Camel Back 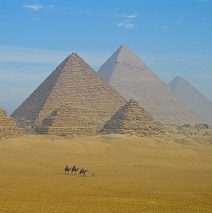 Charles De Gaulle Airport in Paris – In transit, again:  My overnight flight from South Africa was the best one yet, first class was almost empty. In fact, it was just me, a French businessman and – oh, right – supermodel Karolina Kurkova (who boarded shortly before takeoff – sorry guys, I didn’t take a picture of her). Finally, fewer people at the Air France pajama party. It was a great flight, I again got a decent night’s sleep and when we landed in Paris I went to the Air France arrivals lounge and even took a hot shower and had some breakfast. I had about 4 hours to kill before my flight to Cairo.
Read More 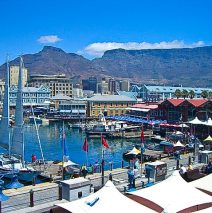 I should probably begin by admitting that I have had a permanent smile on my face since I got my first view of Table Mountain on approach to landing in Cape Town. So, since I have clearly lost all sense of objectivity, I can only say that Cape Town is simply fabulous. Simply, utterly fabulous.

I landed a little after 3pm today after connecting through Johannesburg on South African Airways. When we landed in Cape Town, I could see that the top of Table Mountain was crystal clear – not a cloud in the sky. Not only was this a welcome relief after the jarring cold of Berlin, but it was especially notable because from everything I had read, this is unusual. Normally, there is a persistent blanket of clouds that touches just the top of the mountain, known locally as the “tablecloth.” When the tablecloth is present, the top of the mountain is closed and you can’t hike or take the cable car up.

My initial plan for Cape Town definitely included hiking up Table Mountain but I had planned to do it tomorrow morning after a good night’s sleep. However, from all my preparation for this city I knew that if the mountain is clear now, better to hike now. Wait and you could miss out entirely. 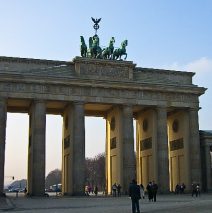 Central Europe in January? Yeah, that was a good idea.

Before I move on to my day in Berlin, I must take a moment to gush about the overnight flight from Buenos Aires to Paris on Air France.  Most of you know I booked my RTW ticket with Delta’s Skyteam by cashing in my miles for a First Class ticket. (In the spirit of the “once in a lifetime trip” theory).  For the first two weeks of my trip almost all of my flights are on Delta partner Air France. Which means I will be spending a lot of time in Paris at Charles de Gaulle airport with connections (like this afternoon’s connection to Berlin). I have flown Air France in business class before but never in first. So, let me tell you about my experience on my 14 ½ hour flight last night…

I did indeed land in Buenos Aires this morning but without the hoped for sleep. Not sure why but I’ve never been able to sleep on a plane, I have high hopes that this trip will eventually cure me of that. Got off the plane, breezed through immigration and customs and found the cab stand. I arrived at the hotel and my room was not ready yet – no surprise, as it’s still only 9:45am. I decide to go for a run to familiarize myself with the city a bit. I hit the gym to change into my running clothes, get directions from the concierge to the city’s best park and head out into traffic.

Though the park seems close on the map, it turns out to be further away than I thought so a quick 3-4 mile run soon turns into 7-8 miles roundtrip. (It is cute that the concierge thought I could run this far – sure, I’ve run a couple of marathons but does he know that??) Eventually, I get there and it was worth the distance. Palermo Park is beautiful and even better, it’s packed with dogs enjoying some afternoon leisure time. Apparently, dogs are big here in Argentina and dog walking is a real job.

Day One of my 1st Trip Around the World! 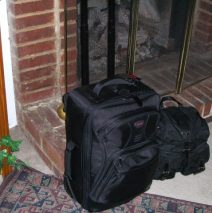 Miami, Florida (One Year Ago)

Fittingly, it all began in a hotel. In Miami on business, I breezed out my hotel room door that morning, absently grabbing the Miami Herald underfoot. It wasn’t until much later that day when I had time to finally read that newspaper – travel section first, as usual – that I stumbled upon the story of Elliott Hester (aka, the “Continental Drifter”). After taking a leave of absence from his job and giving up all his worldly possessions, Hester was about to embark on an open-ended trip around the world.

I quickly became obsessed by the possibilities of such a trip. If you had all the time in the world, where would you go? What would you see? What life-long dreams would you make a reality? But in today’s hectic world, could one really just give it all up and hit the road? I wasn’t so sure. Certainly, it’s not a practical option for most. But I couldn’t get the globe-trotting daydreams out of my head and in a matter of days, a new plan had begun to take shape.