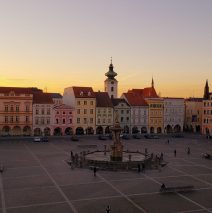 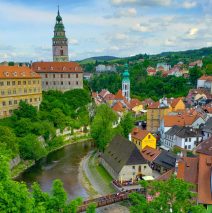 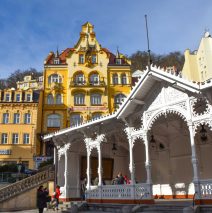 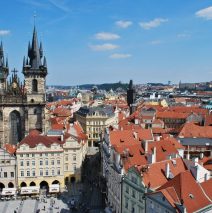 To get to Prague from Krakow, we decided to take an overnight train – hotel and transportation in one! Since we are cheap, but not that cheap, we elected to splurge on a 2-person sleeping compartment so at least we could get a little rest without worrying about our belongings (something that is apparently an issue on trains in this area).

And since we both enjoy an evening cocktail, we decided to buy a bottle of wine for the ride. The train departed Krakow at 10:15pm and was scheduled to arrive in Prague at 6:54am. Plenty of time for sleep, we thought! We had no idea what to expect from our sleeping compartment – the last time I slept on a train was in Vietnam and that was a mostly unpleasant experience so I had low expectations.

But we were pleasantly surprised to discover that our little cabin had two bunk beds each with soft pillows and duvet, a little closet and a small vanity with a sink. The bathroom was just next door in the hall. All in all, not bad. Not fancy, but comfortable and certainly very functional.